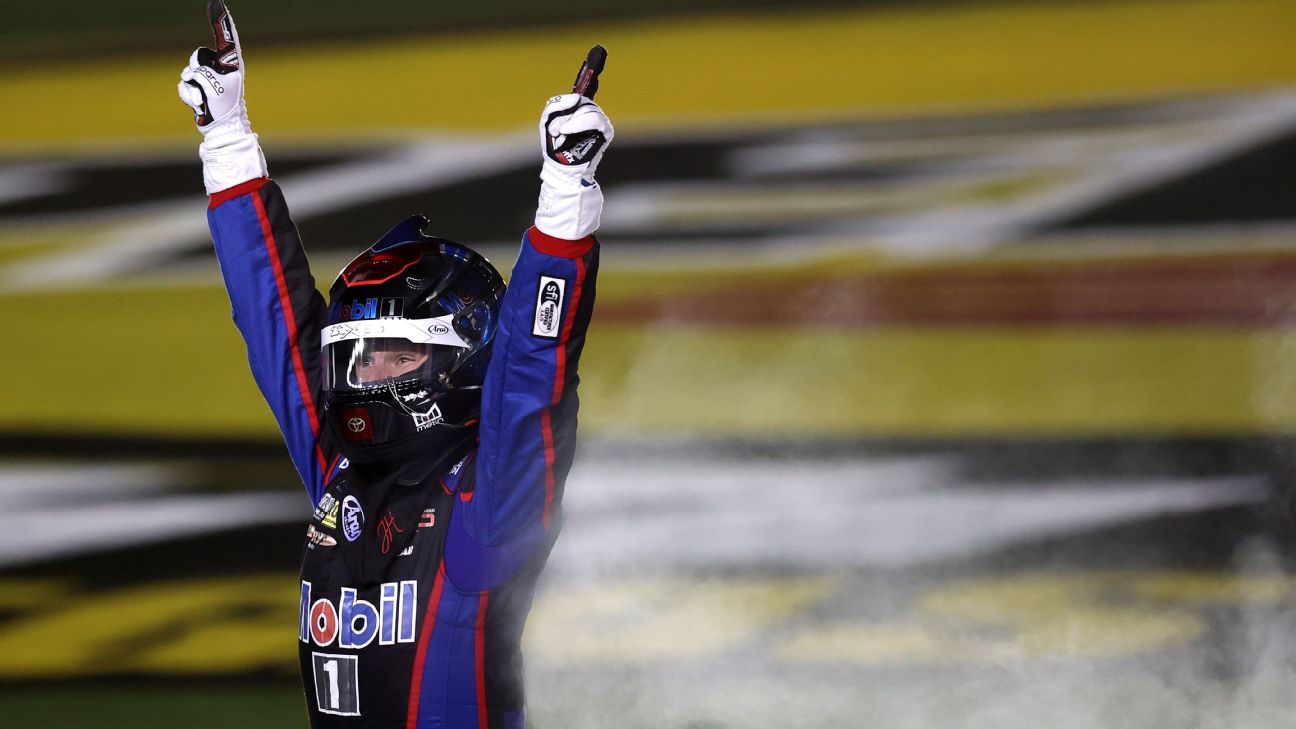 FORT WORTH, Texas — All four spots in the championship round of the NASCAR Xfinity Series are still up for grabs after non-playoff qualifier John Hunter Nemechek overcame a late penalty Saturday to win at Texas Motor Speedway.

Nemechek won the first of three races in the round of eight, leaving the eight playoff drivers with two more races in the semifinals, at Kansas and Martinsville, to qualify for the championship finale in Phoenix.

Daniel Hemric led seven of the eight playoff qualifiers across the finish line next, taking second in the 117th race of his career without a victory. It was Hemric’s 10th runner-up finish in Xfinity.

Justin Haley was seventh and Harrison Burton eighth. Brandon Jones, who came in last in points among the playoff qualifiers, took 10th.

Nemechek was forced to the back of the lead lap on a pit stop with 56 laps remaining when he was penalized for a pit crew member coming over the wall too early.

After the restart, Nemechek charged back into the top 10 in less 20 laps and was seventh when the caution came out with 26 laps to go. All the qualifiers went to pit road, and Nemechek beat them all back to the track by taking two tires while they took four.

Nemechek, the son of former driver Joe Nemechek, battled Burton, also the son of an ex-Cup Series driver in Jeff Burton, on the restart. But Nemechek, took the lead with 18 laps to go and pulled away for his second career Xfinity victory.

The win came in the car that Kyle Busch has driven to five Xfinity victories this season. Nemechek, named for an uncle who was killed in a crash at Homestead, is set to drive in the Truck Series for Busch next year.

The first half of the race on the high-banked, 1 1/2-mile Texas track had plenty of starts and stops with eight cautions in the first 100 laps before a long green-flag run ended with CJ McLaughlin spinning out. The caution set up the penalty on Nemechek.

Gragson and Allmendinger were chasing from the early laps of the final stage after longer pit stops and a second trip to pit road following he second stage.

Gragson, who made contact with Allmendinger’s rear bumper early in the second stage, needed extra work on the right front while Allmendinger tried to leave before the left front tire was in place. After stopping to let the crew finish, Allmendinger came back through again to check all the lug nuts.