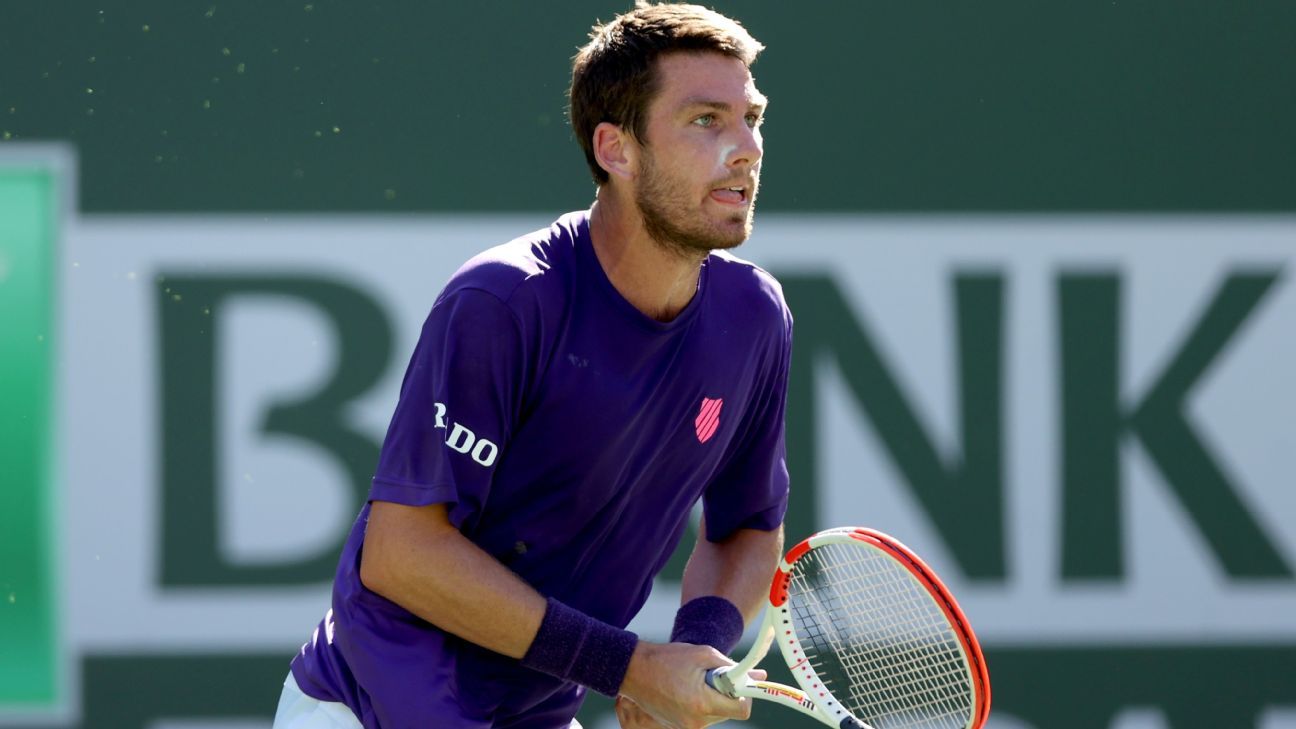 INDIAN WELLS, Calif. — Cameron Norrie beat Grigor Dimitrov 6-2, 6-2 on Saturday in an 86-minute semifinal at the BNP Paribas Open, which will crown the first men’s winner ranked outside the Top 25 since 2010.

The combined ATP and WTA tournament has been rife with upsets during its two-week run, among them No. 1 seeds Daniil Medvedev and Karolina Pliskova.

It’s the first time in the tournament’s 45-year history that all four semifinalists were ranked outside of the Top 25. Norrie is 25th, Dimitrov 28th, Basilashvili 36th and Fritz 39th.

The last man outside the Top 25 to win at Indian Wells was No. 26 Ivan Ljubicic.

There were four service breaks in the first set, with Norrie earning three of them.

Norrie converted the only break of the second set in the first game when the Bulgarian netted a forehand. Norrie’s forehand down-the-line winner gave him a 4-2 lead and he served out the match at love.

Bold predictions for the end of 2021 in MMA, including a defining moment for Rob Font
Suns win 16th in a row, close to tying team mark
NHL Thanksgiving Showdown: Key matchups, players, schedule, how to watch
UK golfers exit S. Africa amid variant, flight ban
LeBron in health and safety protocols, out Tues.