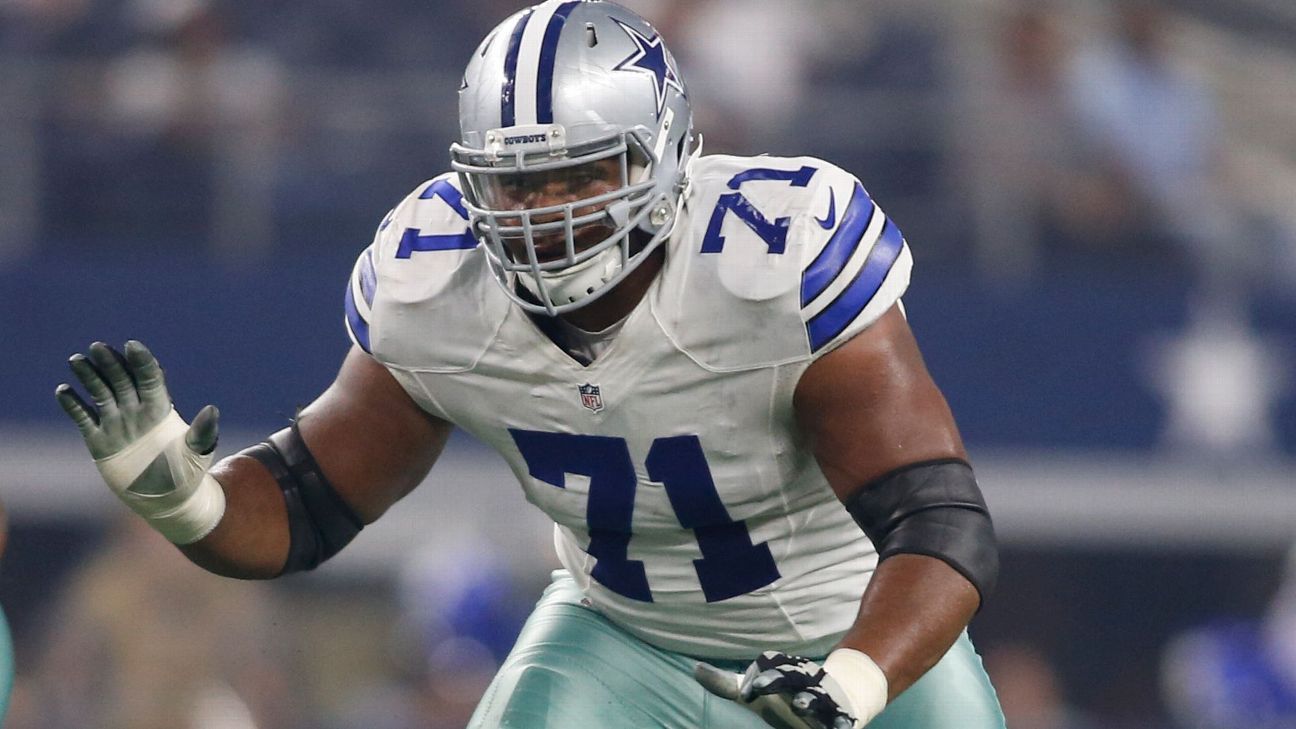 SHERMAN, Texas — A federal judge has denied a request by Dallas Cowboys offensive lineman La’el Collins for an injunction that would have halted his five-game suspension with one game remaining.

U.S. District Judge Amos Mazzant suggested in his ruling issued Tuesday that the NFL suspended Collins in violation of the league’s collective bargaining agreement with the players’ union. However, Mazzant ruled the arbitrator’s decision in Collins’ appeal was based on a “reasonable construction of the parties’ agreements.”

The ruling means Collins won’t be eligible to play Sunday at New England. The seventh-year player can return to the team next week, when the Cowboys are idle. Collins can play again in Week 8 at Minnesota.

The NFL accused Collins of bribery in a court filing that opposed the request for a preliminary injunction. Representatives for Collins have strongly denied that and said the league misled the arbitrator by saying Collins had been suspended four games when he hadn’t.

Collins sued the NFL, its management council and commissioner Roger Goodell last week. The lawsuit said Collins was suspended when the new labor agreement signed in 2020 no longer allowed for suspensions over missed tests or positive marijuana tests. The league countered by saying Collins had a “long history of discipline for repeated violations.”

“Clearly in a fair hearing, a fair court, with a judge like we had here, we’d win hands down,” said player agent Peter Schaffer, one of Collins’ representatives. “(Collins) stood up against the league knowing he was right. The only reason he was suspended is this is how the league treats its players.”

The suspension was announced the day after Dallas’ 31-29 loss to defending Super Bowl champion Tampa Bay in the opener, Collins’ first game since 2019. He missed all of last season because of hip surgery.

Just before the start of the season four years ago, Mazzant granted star running back Ezekiel Elliott‘s request for an injunction to stop a six-game suspension over domestic violence allegations. That ruling sparked a two-month legal saga that ended with Elliott serving the suspension.

dos Santos set for wrestling debut, eyes boxing
David Warner on Sunrisers axing: ‘Bitter pill to swallow but I don’t think I will ever get answers’
Glanville: As a Black broadcaster, how would I respond to a racially insensitive remark on air?
McCullers still hoping to help Astros despite injury
Rahm’s struggles continue at Andalucia Masters