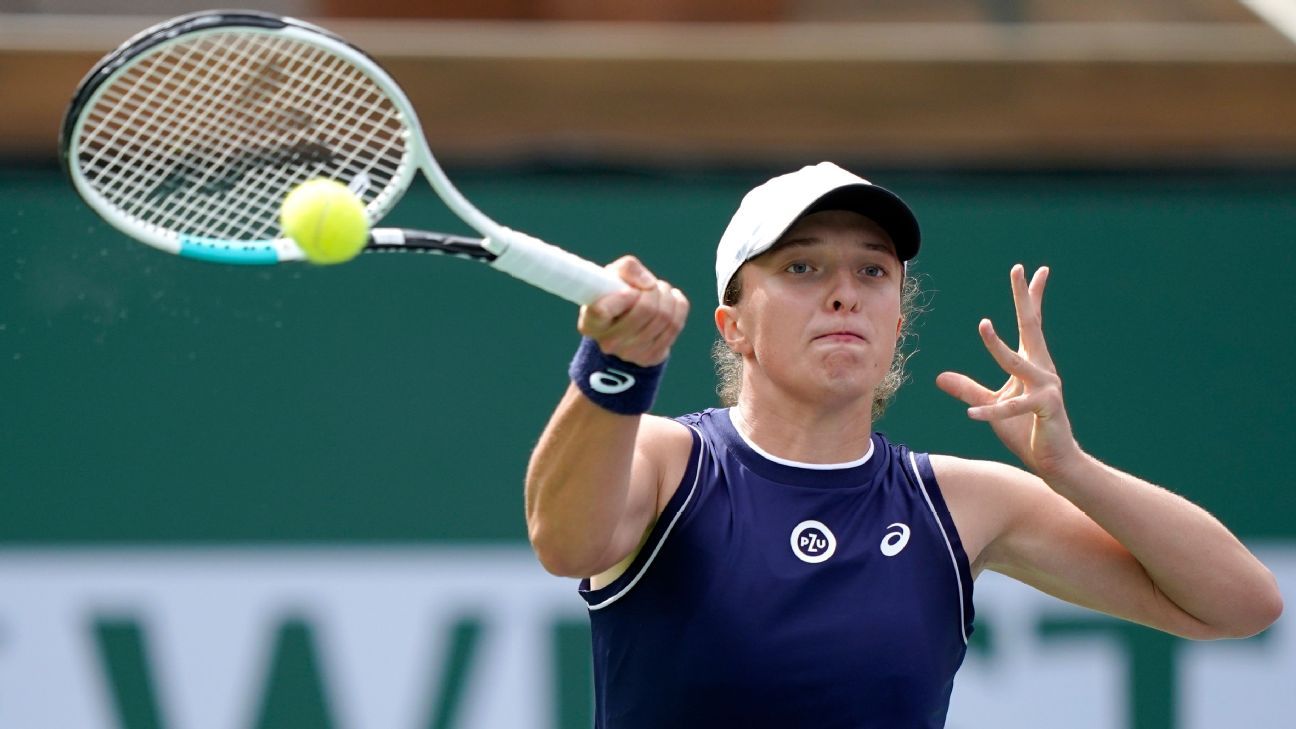 Swiatek has dropped just five games in two matches during her first visit to the combined ATP and WTA tour event. She needed just 54 minutes to get by Kudermetova on the first anniversary of her winning the French Open.

“I was just feeling pretty confident,” she said.

US Open runner-up Leyla Fernandez was scheduled to play a night match.

On the men’s side, No. 5 seed Matteo Berrettini defeated Alejandro Tabilo 6-5, 7-5 in his opening match. He’ll next face 31st-seeded Taylor Fritz, who beat Brandon Nakashima 6-3, 6-4 in an all-American match-up.

Berrettini, who owns two titles this year, won for the first time in his third appearance at Indian Wells.

“I love the conditions here, the place, it’s amazing,” he said. “I didn’t know Alejandro that well. He played three matches here so he was feeling confident. He believed that he could win and I felt it, so it was even tougher to beat him.”