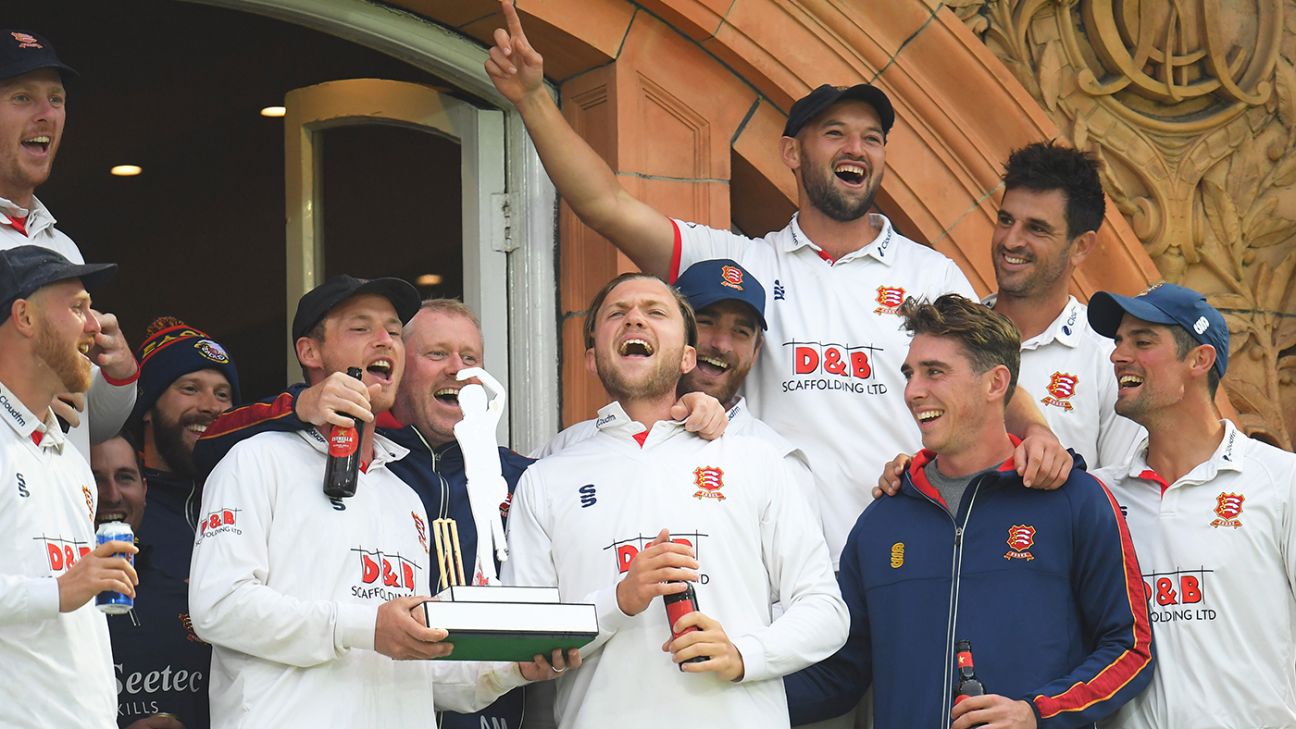 For most clubs, a season in which they effectively finish seventh in the County Championship might not be considered too bad.

But such has been Essex’s success in recent years, their results in 2021 have sparked an internal review which is understood to focus on allegations of a drinking culture at the club.

The catalyst for the review was a question asked by Ronnie Irani, who was, until recently, chair of the club’s cricket committee. He is understood to have raised the fear that the club, who won the Championship in 2017 and 2019, the T20 Blast in 2019 and the Bob Willis Trophy in 2020, had become a little complacent and that unhelpful habits – such as a propensity to relax over a few drinks – had crept into the team’s culture.

Irani is understood to have suggested such behaviour was not conducive to an elite sporting environment and may be deemed exclusive to those who do not drink.

The inquest may be related to Essex’s celebrations at the end of last season’s Bob Willis Trophy final at Lord’s, when photographs of beer being poured on the head of the young batter Feroze Khushi – a non-drinker for religious reasons – were circulated to widespread condemnation.

Essex issued a statement shortly after the incident, acknowledging that it “did not meet the inclusive values” of the club, while Tom Westley, the captain, followed up with an apology on behalf of his team, and a determination to “be more responsible” in future.

While the suggestion of a drinking culture has infuriated some members of the staff, the executive board has resolved to hold a review into the matter. As a result, they will conduct interviews with players and members of the coaching staff on Monday before coming to a decision.

Essex are likely to finish top of Division Two in the Championship this year. While they endured a disappointing T20 Blast campaign (they were seventh in their group), they made it to the semi-final of the Royal London One-day Cup.

Although Irani recently stepped down as chair of the cricket committee citing the demands of his career away from the game, it is now understood he is keen to run for the position of chair of the club as a whole in the new year.

His return is understood to be resisted by club stalwarts such as Graham Gooch, David Acfield and Keith Fletcher. A report in the Daily Mail also suggested that Sir Alastair Cook, who is out of contract at the club at the end of this season, may be reluctant to sign a new deal if Irani’s influence at the club is increased.

George Dobell is a senior correspondent at ESPNcricinfo