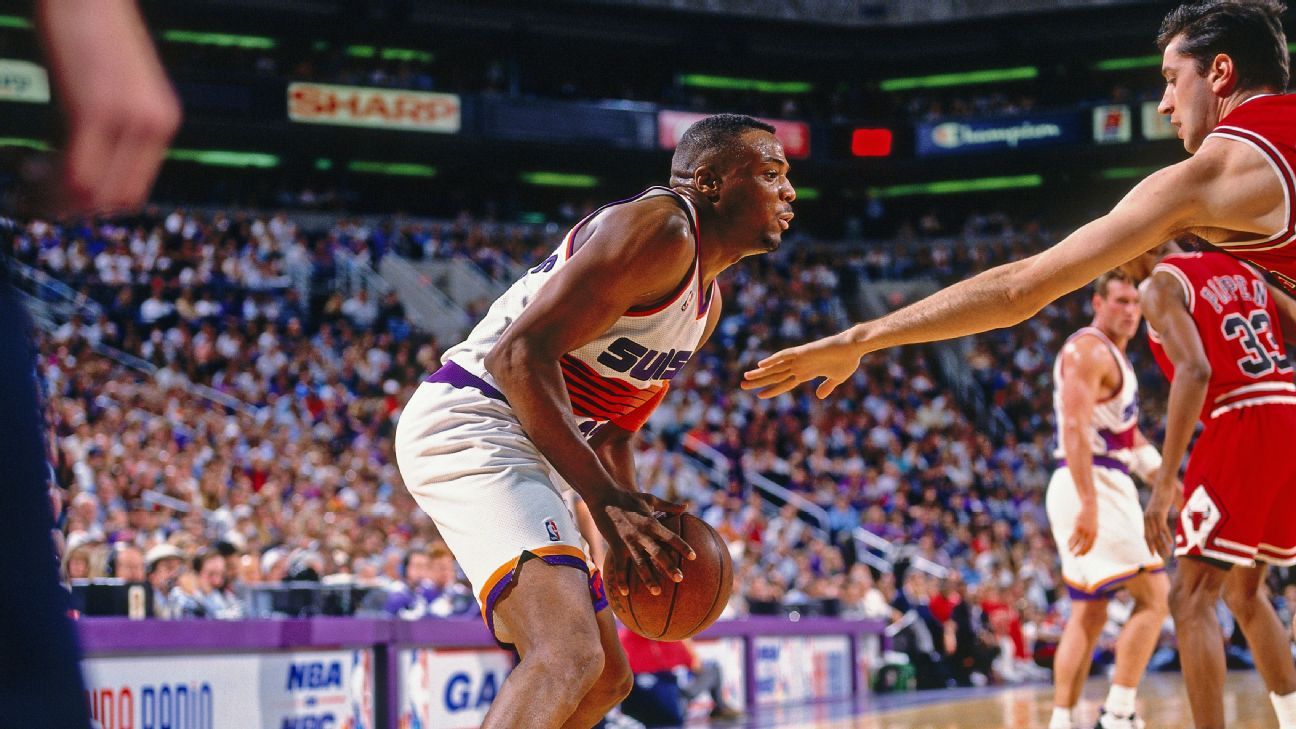 Former NBA All-Star and Slam Dunk Contest champion Cedric Ceballos tweeted Monday that he’d been moved out of isolation and was “COVID-19 free” but was still in the intensive care unit and dealing with several things relating to the virus.

Thanking those wishing him well in recent days, Ceballos said that while he is out of isolation, he still is unable to “breathe, walk or function” on his own yet.

“I will still fight and I ask for uplifting on your end,” Ceballos said.

Hello family and friends, giving a UPDATE on my health situation….. I am COVID-19 free, thank you so very much for your prayers and well wishes to help me with that. I still CAN NOT breathe, walk or function on my own yet………▶️ pic.twitter.com/PoH9cG81Hx

…….▶️ so PLEASE no phone calls, it’s to much work and hard to understand me). I am out of isolation, due to not having covid, but still in ICU, I will still fight and I ask for uplifting on your end…….▶️

Ceballos, who turned 52 last month, tweeted a picture of himself last week with an oxygen mask on his face, saying that it was his tenth day in the intensive care unit. He asked for prayers and wanted to publicly apologize to anyone he had wronged.

On my 10th day in ICU, COVID-19 is officially kicking my but, I am asking ALL family, friends , prayer warriors healers for your prayers and well wish for my recovery.
If I have done and anything to you in the past , allow me to publicly apologize.
My fight is not done…..
Thx pic.twitter.com/r9QZBpfmEI

Ceballos averaged 14.3 points per game over an 11-year NBA career that saw him play for the Phoenix Suns (twice), Los Angeles Lakers, Dallas Mavericks, Detroit Pistons and Miami Heat. He won the slam dunk contest with the Suns in 1992, and was part of the Phoenix team that reached the NBA Finals and lost to Michael Jordan and the Chicago Bulls in six games the following year. He later made the All-Star Game with the Lakers.

Hendrick: NASCAR must halt Elliott-Harvick spat
‘Am I going to be all right?’ Blue Jackets’ Merzlikins tries to move on after death of Kivlenieks
Sixers’ Simmons won’t play in preseason finale
Black History Month Trailblazers: ‘An amazing black cyclist I didn’t know about’
Sources: Lakers’ Horton-Tucker to have surgery