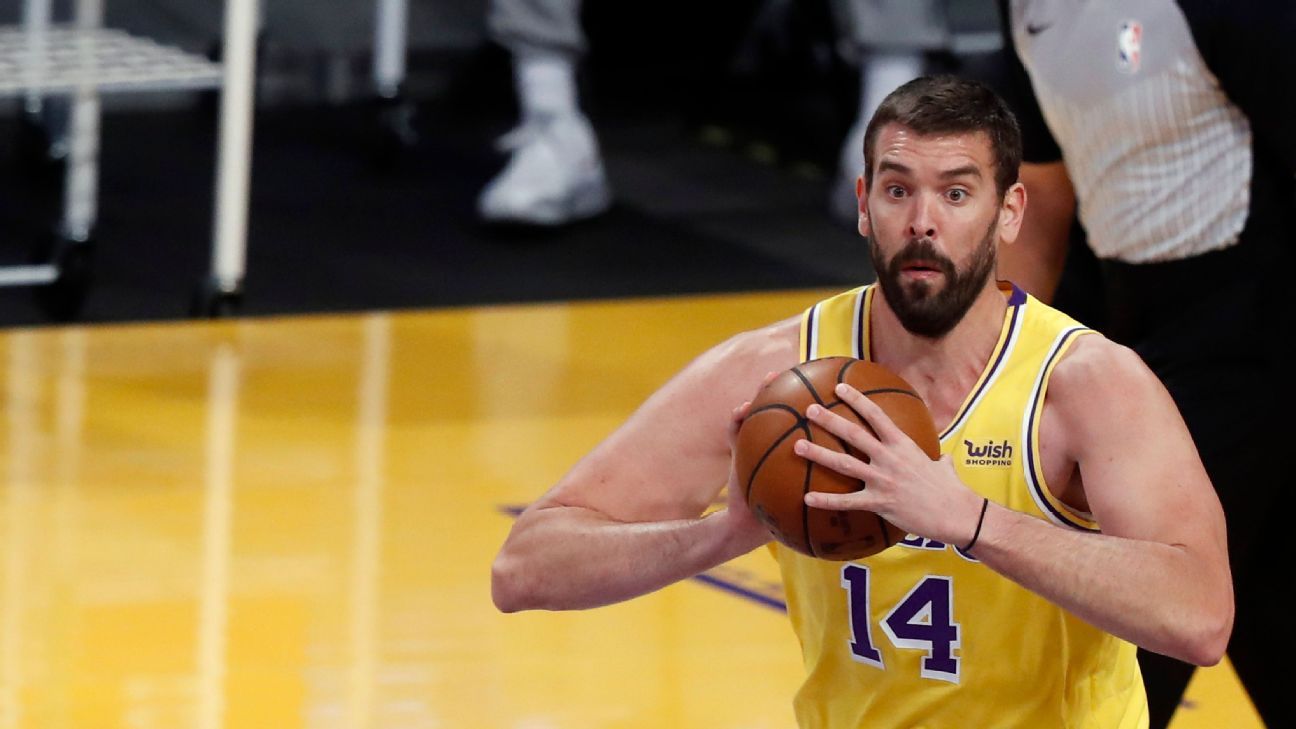 The Los Angeles Lakers agreed to trade Marc Gasol, a 2024 second-round pick and cash to the Memphis Grizzlies, who plan to work on waiver and release to allow Gasol to remain in Spain with his family, sources told ESPN.

The Lakers will save approximately $10 million in salary and luxury tax and acquire the draft rights to Memphis’ Wang Zhelin. The Lakers have 13 guaranteed contracts prior to the start of training camp this month.

His professional career started in 2003 with FC Barcelona in Spain, and his NBA career started with Memphis in 2008. It was a Lakers-Grizzlies trade before his rookie season that included his older brother, Pau, that set the stage for a successful 11-year run with the Grizzlies.

Most of the NBA’s big name free agents have already agreed to deals, but the offseason moves are still going strong, and we have full coverage here.

Dodgers go yard to pull even with Giants
Black History Month Trailblazers: ‘An amazing black cyclist I didn’t know about’
Penguins captain Crosby (wrist) to miss opener
‘We have to decide what is good for CSK’ – Dhoni on his future with the franchise
McCullum: KKR ‘couldn’t afford’ to take the risk of playing recovering Russell