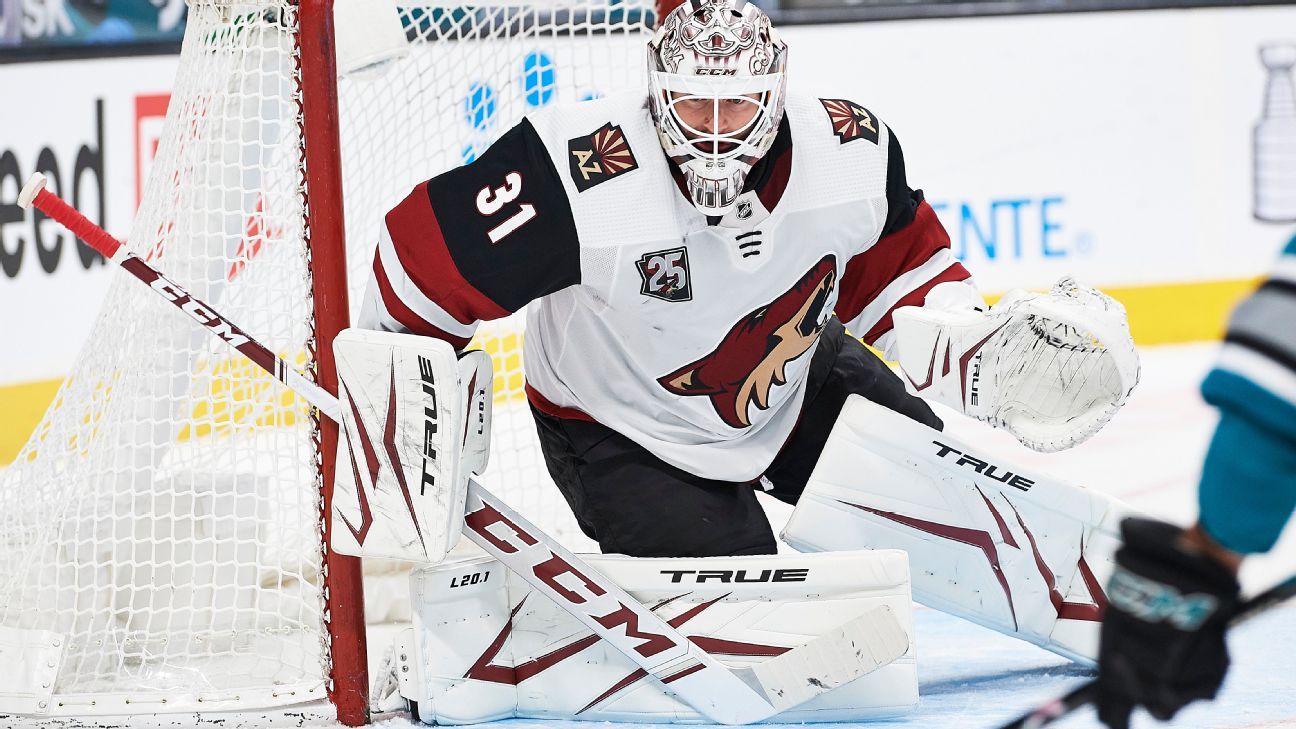 The Sharks acquired Hill last month in a trade from Arizona and are counting on him to team with James Reimer as their goaltending duo next season.

The 25-year-old Hill appeared in 19 games last season for Arizona, going 9-9-1 record with a .913 save percentage, 2.74 goals against average and two shutouts.