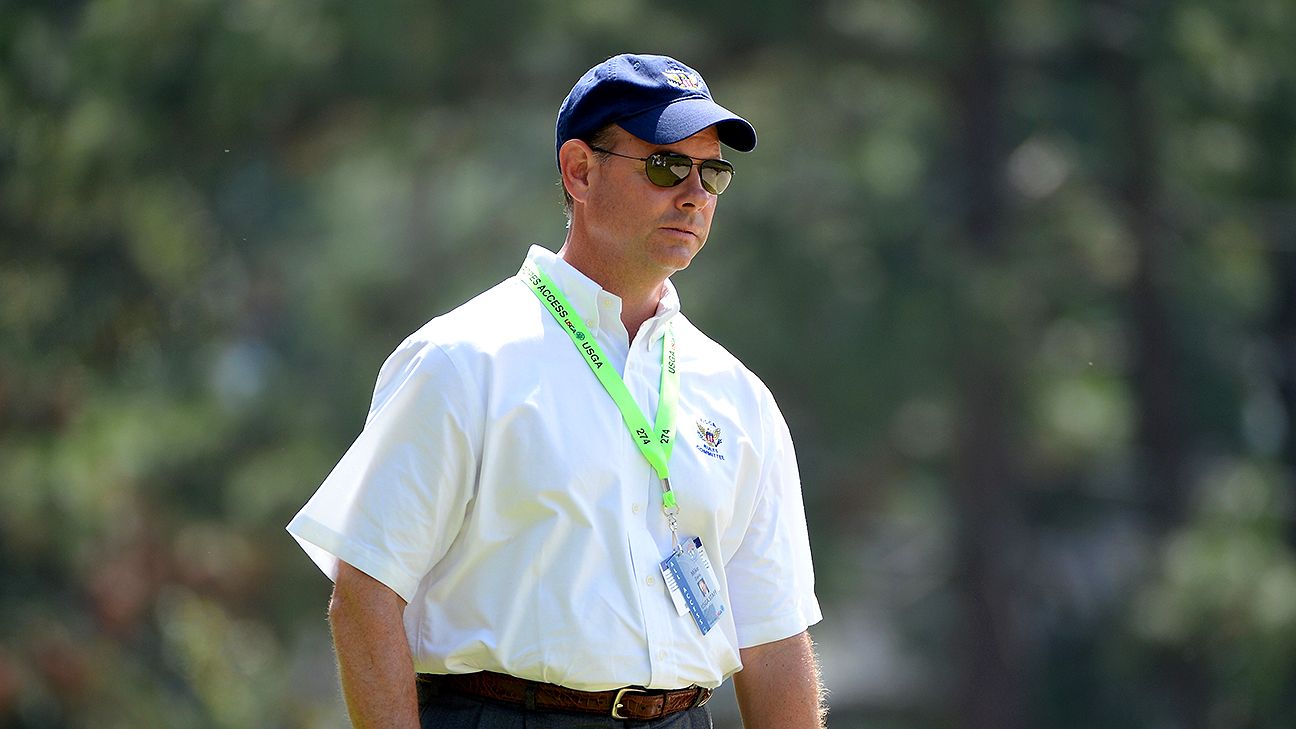 SAN DIEGO — Mike Davis has seen a lot of things in his 32 years with the United States Golf Association, including hundreds of rounds as an inside-the-ropes official.

But he never had quite the few he was afforded Saturday morning at Torrey Pines: as a caddie.

Davis, the outgoing CEO of the USGA, worked inside the ropes for Jason Gore, a former PGA Tour player who now works as a player relations director for the organization.

Because there were an odd number of players to make the 36-hole cut, Gore was tapped to play the role of a marker alongside 19-year-old Akshay Bhatia, who was in the first group at 7:10 a.m. local time.

What started out as a joke between Gore and Davis turned into reality. And Davis ended up caddying, he said, for the first time since he was a teenager.

“It’s interesting because I’ve walked with hundreds of groups officiating, but it’s different when you’re actually with the player, right on top of the player,” Davis said. “A few times he actually did say to me, how do you think this is playing? He (Gore) is somebody who was in the final group of the 2005 U.S. Open, so he can actually play his ball.”

“That was a long time ago,” Gore said.

Davis has had numerous roles at the USGA over the years, and took over the role as the chief set-up person for U.S. Open venues in 2005. In 2011, he took on the duties of executive director and then became the organization’s first CEO in 2017.

He is leaving at the end of the month to go into a design career with Tom Fazio II. Mike Whan, the former commissioner of the LPGA Tour, will take over as CEO on July 1.

Davis, at times, has been criticized for his handling of course set-ups, with a notable example at Shinnecock Hills three years ago where there were numerous complaints about the golf course going over the edge during the third round.

But there’s not been much grumbling at Torrey Pines.

“I think it’s familiarity with the golf course,” Gore said. “They play here every year (for the Farmers Insurance Open), so I think they understand what it is. One thing we talked about, Mike including, (USGA officials) John (Bodenhamer) and Jeff (Hall) and Mike and others involved, we want to make sure they know this isn’t Farmers. We wanted to play a US. Open.

“It’s what the U.S. Open should be. We got good weather, everything is in our favor to present a great championship. It’s right there. You can make birdies; they’re out there. But if you don’t hit a proper shot or don’t’ catch it correctly, you’re going to be busy, and that’s kind of the point of it. You see the score cards and how many circles and squares are on there. You have to just sometimes tempt how aggressive these guys are and how good they are.

Gore said he probably shot in the neighborhood of 6-over. His goal was to stay out of Bhatia’s way, wanting to simply fulfill the duty and make sure he was not a distraction. Bhatia shot his third straight 73.

“I think Jason Gore is the greatest asset the USGA has,” said Phil Mickelson, who at times has been critical of the organization for the way it runs the tournament. “I think he’s done a lot of really good things. I saw it two weeks ago at Olympic Club (for the U.S. Women’s Open.) I really like him, and I think he does a great job.”

By getting that inside-the-ropes feedback, both Gore and Davis are now armed with some information that might be useful for Sunday’s final round.

Either way, it turned into a nice final act for Davis.

“A typical U..S. Open for me is 20, 25 meetings a day,” Davis said. “And because we don’t have anybody here, because the industry leaders aren’t coming because of COVID, so it’s a very quiet week.

“It’s actually a wonderful week for me, the last one, because I’m not in meetings all the time. I never could have done that (caddie) at a normal U.S. Open, so that’s nice.”