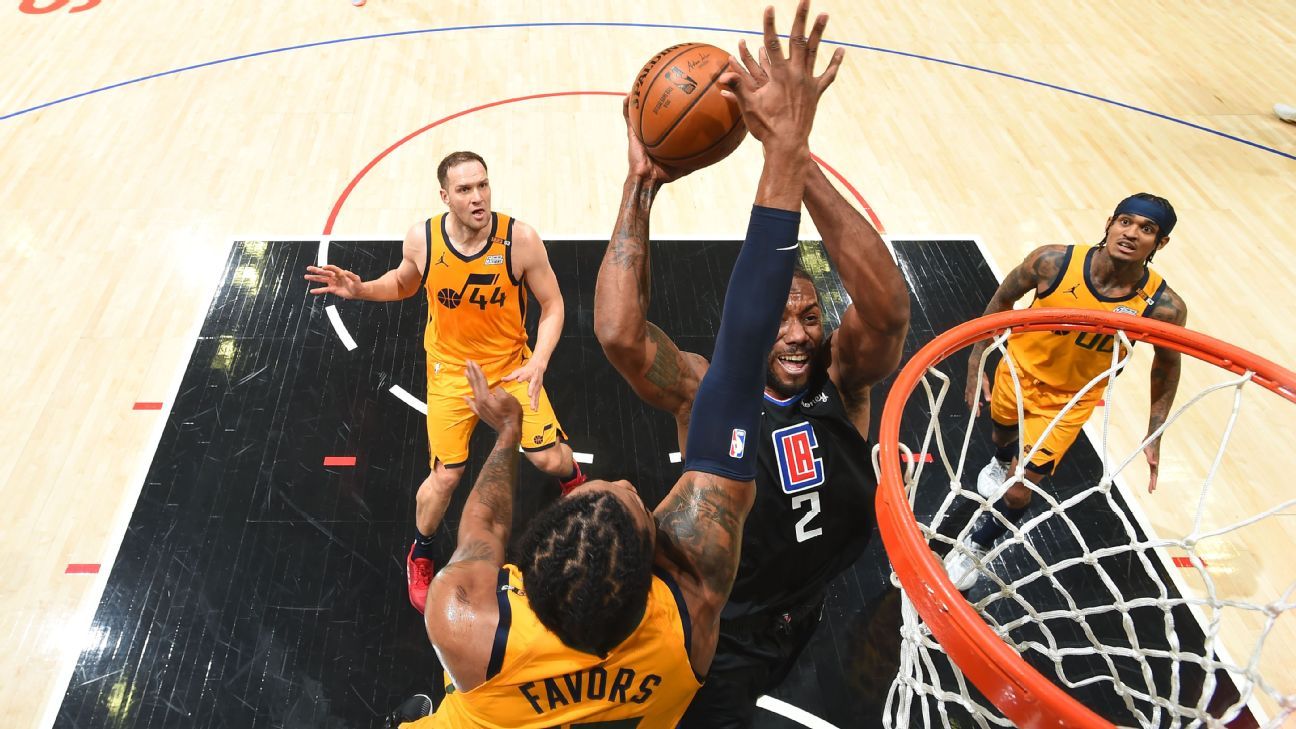 With the LA Clippers trying to hit their stride in their second-round NBA playoff series with the Utah Jazz, Kawhi Leonard appeared to be at the height of his powers with a monstrous dunk late in the first half.

LA entered Monday night’s Game 4 at the Staples Center hoping to pull even with the Jazz and got off to a strong start, as the Clippers built their lead as high as 29.

Leonard took a pass from Patrick Beverley and drove the lane before putting Utah’s Derrick Favors on a poster, giving the Clippers a 62-38 lead with 1:24 to go before intermission.

With fans at the Staples Center still limited, the most noteworthy reaction may have been on the faces of the stunned Jazz players. But the reverberations certainly were felt far and wide.