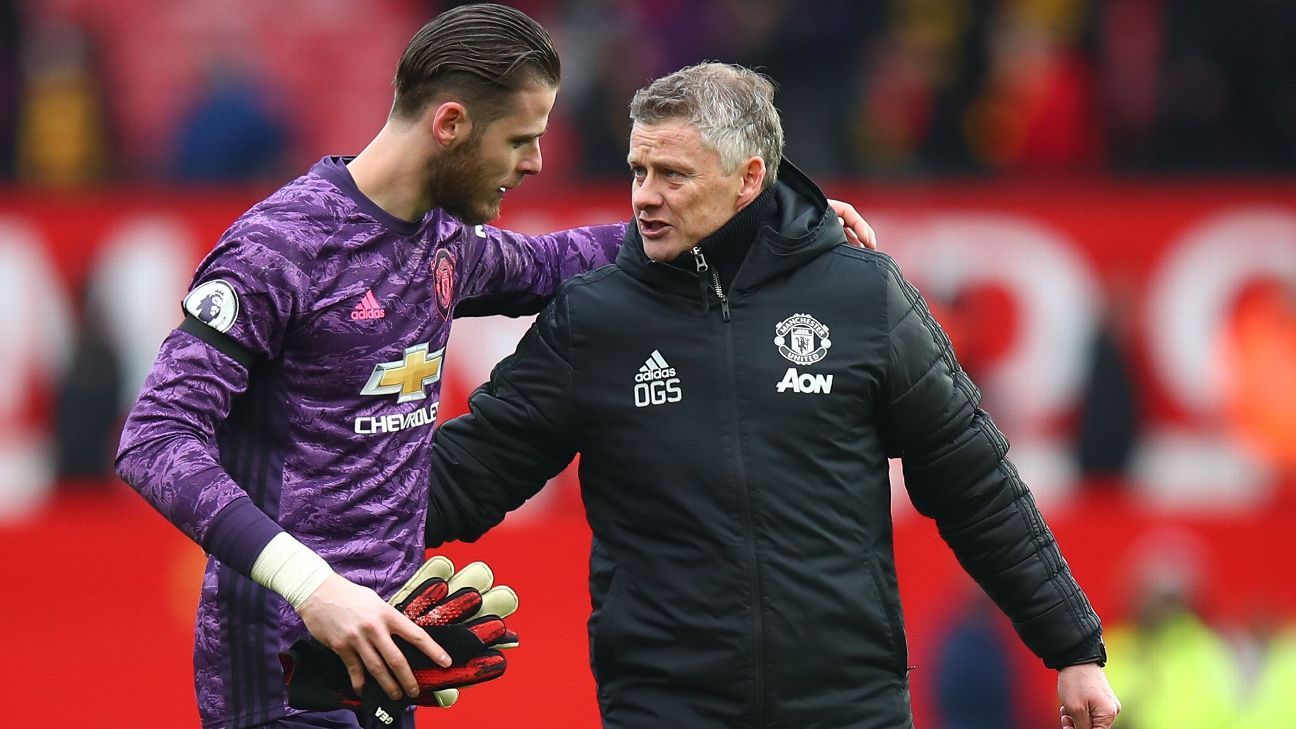 David De Gea is still in the dark about his Manchester United future, sources have told ESPN.

De Gea shared the job as United’s goalkeeper with Dean Henderson last season and even though he started the Europa League final defeat to Villarreal, the Spain international was only picked for two of the final 12 games in the Premier League.

The 30-year-old still has two years and an option on the £375k-a-week contract he signed in September 2019 and sources have told ESPN he remains keen to play regularly at the highest level.

He has yet to be informed by manager Ole Gunnar Solskjaer about the Norwegian’s plans for his goalkeepers next season and, as things stand, intends to return to Old Trafford after the European Championship to fight for his place.

De Gea is set to seek talks with Solskjaer before the new season starts but sources have told ESPN that he would only seek a move away if Henderson was confirmed as Solskjaer’s preferred No. 1.

Heaton, who has three England caps, left Aston Villa at the end of the season and is expected to return to Old Trafford after leaving in 2010. United also remain in talks with goalkeeper Lee Grant.

Grant’s current deal is due to expire on June 30 but the 38-year-old has an offer to extend his stay. He has made two first team appearances since joining from Stoke in 2018.