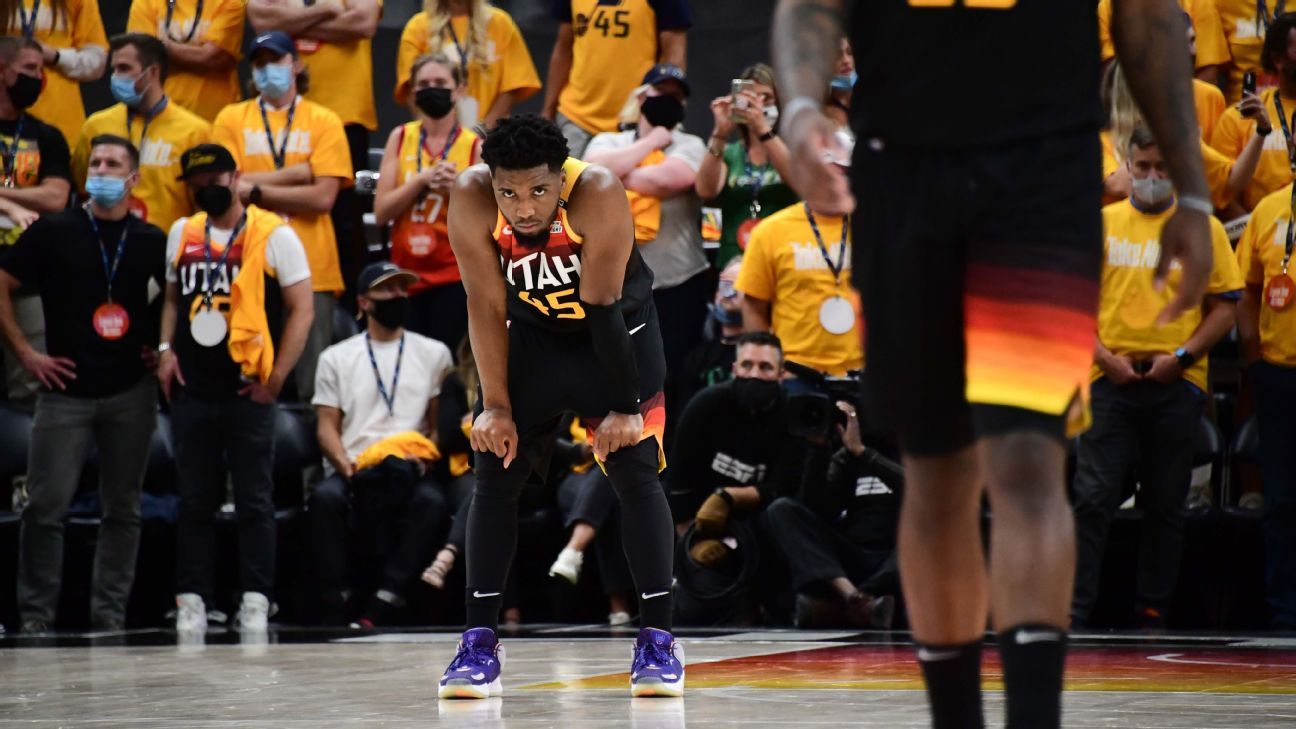 It is easy to forget — and perhaps healthier — that two teams blew 3-games-to-1 series leads against the Denver Nuggets in last season’s Western Conference playoffs.

But fate has matched those teams — Utah Jazz and LA Clippers — against each other in the second round of this year’s playoffs, a sort of group session on how to bounce back from a postseason meltdown. And there are plenty of notes to compare.

All season, both teams have had to make their peace with the outside world’s difficulty in believing in them, no matter how well they play or what they accomplish.

Take the Jazz, who have just held serve at home with two impressive wins over the Clippers, behind two incandescent performances from star Donovan Mitchell — who finished with 37 points in Thursday night’s 117-111 win in front of 18,306 fans at Vivint Arena in Salt Lake City.

They also had the best record in the NBA this year, the Defensive Player of the Year in Rudy Gobert and the Sixth Man of the Year, Jordan Clarkson.

But even the Jazz players will tell you they haven’t proven or done anything yet.

“We’ve been through a lot of adversity over the last few years, on and off the court,” Gobert said. “We’re at a point where we all understand that we have a great opportunity to accomplish something special this year. We don’t want to miss out on the opportunity.”

When you blow a 3-1 series lead (which has only happened 13 times in NBA playoff history), respect is hard to come by. Both the Clippers and Jazz have had to accept this season. But both have also used that as motivation, and as a learning experience. Each showed how much they’ve grown in Thursday’s game.

“I think we understand how to handle these things, and that was what you saw tonight,” said Mitchell, who finished with a game-high 37 points. “The experience level in the bubble helped … just continuing to do what we do and understanding they’re going to punch back and we’ve got to continue to fight.”

The Jazz looked to be cruising to an easy win for most of the first half. But much as it had in a taut, 7-game series against the Dallas Mavericks in the first round, Tyronn Lue’s club stayed poised and made key adjustments.

Utah was excelling at scoring off the dribble, hitting 17-of-25 shots so the Clippers switched to a zone defense to try and clamp down on Mitchell’s drives (he was 8-for-11 on drives in the first half).

According to Second Spectrum, the Jazz shot just 29 percent on the 18 possessions they faced a zone Thursday night.

“When they played zone I thought our spacing broke down,” Jazz coach Quin Snyder said. “Anytime you’re not spaced, it’s tough to move the ball…I thought that affected us mentally.”

But the Jazz didn’t panic. Joe Ingles hit a layup by banking in a scoop shot high off the backboard like he was playing in a backyard game of H-O-R-S-E. Then Bojan Bogdanovic hit a 3-pointer to put the Jazz back up 104-101.

“There’s going to be adversity,” Mitchell said. “We’re not going to always blow them out, blow teams out. It’s the playoffs. It was great being up 21, but at the end of the day, they executed like they should. They have been here before. They have guys that have been to The Finals, been in the playoffs, have rings, have championships, so this is nothing they haven’t seen before.”

The Clippers came back again though, getting two free throws from Paul George to cut the lead to 104-103, and a steal from Kawhi Leonard to set up Marcus Morris Sr. for a 3-pointer that could’ve given LA the lead again.

Catch all the postseason action on ESPN, ABC and the ESPN App.

Instead Morris missed, then Patrick Beverley missed, and 57 seconds later, the Jazz were up by seven points again after a three-point play by Rudy Gobert and a 3-pointer by Royce O’Neal.

“I’ve been answering a lot of questions about Joe and [Jordan Clarkson], and I think their play kind of reinforced who they are,” Snyder said. “Not that anybody needed to know that. They didn’t have to prove anything. But it wasn’t just what showed up on the box score. I thought that Joe played with tremendous poise and confidence, and JC, when he’s come in the game, he’s able to make plays and hit shots that are usually really momentum shots.”

For the Clippers, it was a second straight missed opportunity to steal a game on the road against the top-seeded team in the West. But there was plenty for LA to feel good about, too.

Jackson continues to play like a guy the Clippers can count on in a role (starting point guard) they’ve been searching for an answer on for the better part of two seasons.

His 29 points on Thursday led all Clippers’ scorers, and 24 of them came in the second half when the Clippers stormed back from a 21-point deficit.

“He was great tonight,” Leonard said of Jackson. “They let him play on the island. He stayed aggressive. He got to the paint. He made some big shots. He’s been doing that for us all year.”

George also got it going in the second half, finishing with 27 points, 10 rebounds, six assists and some clutch shot-making in the final minutes to continue giving LA a chance to steal the win.

Then there were the contributions from Patrick Beverley, whose defensive pressure forced two key turnovers while the Clippers were staging their rally, and DeMarcus Cousins, who continues to be effective in short spurts against Gobert.

But mostly it is the feeling that they had a chance to win both games in Utah, despite coming off a quick turnaround from the Dallas series.

“So as good as they are playing, as good as this matchup is, as tough as this matchup is, we still feel like there’s moments throughout this game, this series, that, you know, we are making plays that are self-inflicted. It’s a lot of uphill, but we’re optimistic that we can get this under control and go back home and one game at a time and try to tie this series up.”