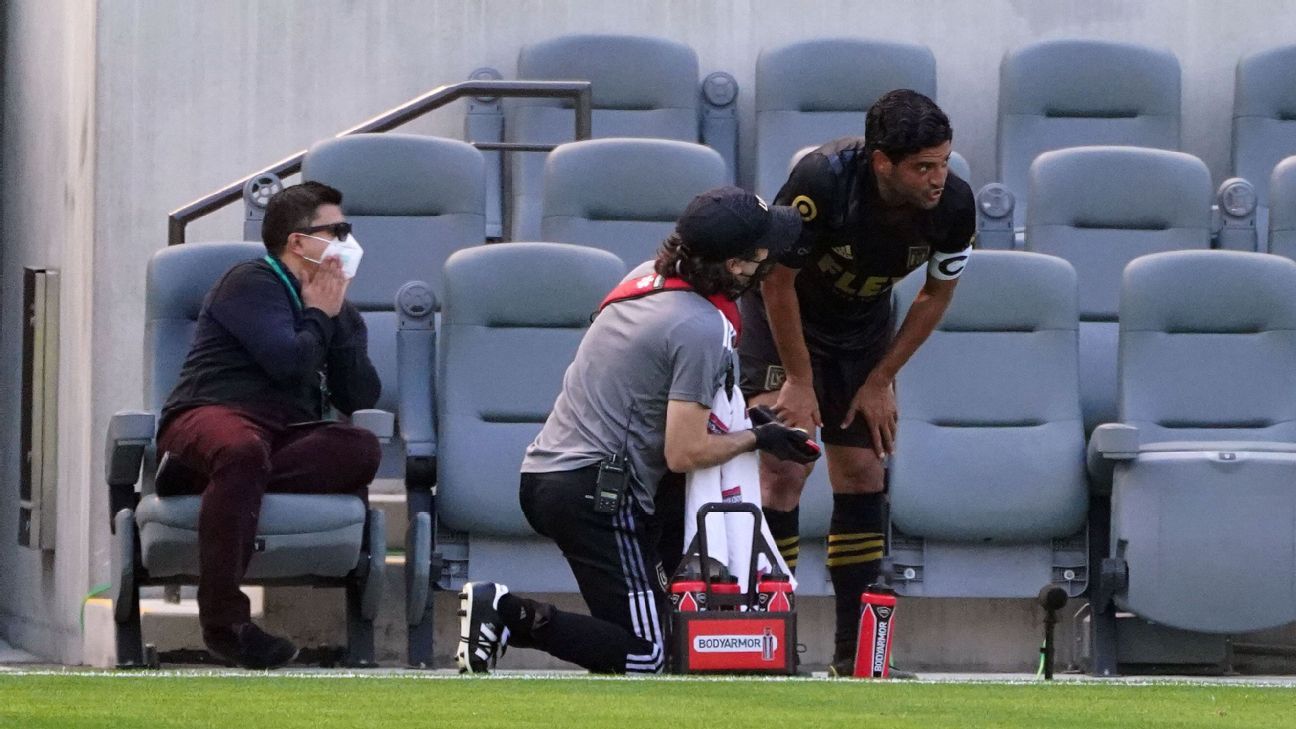 A miscommunication between LAFC forward Carlos Vela and head coach Bob Bradley led to the former MLS MVP getting subbed off in the 22nd minute of Saturday’s season-opening 2-0 win against Austin FC.

Vela went down in the box while trying to get on the end of a pass played a bit too far in front of him, was slow to get up and motioned to the sideline for assistance.

“When he went off the field, he had a look and gave me little indication and then he came over and it was almost like he wanted to try,” Bradley said after the match. “We still need to get to the bottom of it. There might be a little knot in there. Exactly what it means from here, hard to say.

“I can take responsibility if I make a move too fast. There is no problem for me saying that I jumped the gun too quickly, but it happens.”

After sitting out of the MLS is Back tournament in 2020, Vela suffered a knee injury in his first game back that sidelined him for two months.

Vela’s exit left LAFC without their two best scoring threats as forward Diego Rossi was not in the game day squad due to slight concern over a hamstring injury he picked up in training. Bradley indicated the injury is not expected to keep Rossi, last year’s Golden Boot winner in MLS, out for a prolonged period of time.

Arch Manning and 10 other college football recruits in the Class of 2023 you need to know
No freebie: Wilson says Jets job must be ‘earned’
Mets GM: Rat story took bite out of ‘a great win’
Panthers rookie CB chooses No. 8 to honor Kobe
Nadal routs teen sensation Alcaraz in Madrid