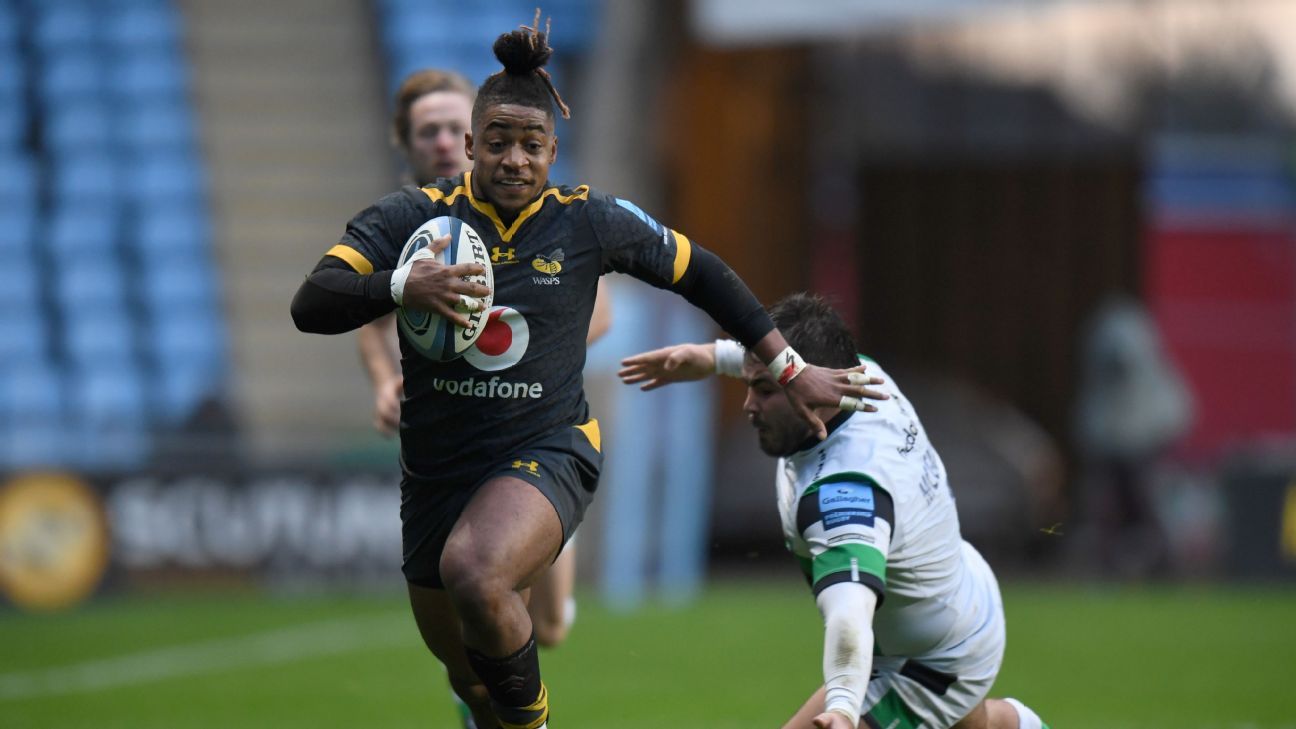 England have called up Wasps’ Paolo Odogwu and Bristol Bears’ Harry Randall ahead of the Six Nations but there is no place in the squad for Jonathan Joseph.

Odogwu and Randall join Bath’s Beno Obano as the three uncapped players in Jones’ 28-man squad for the Six Nations, which starts for England against Scotland on Feb. 6.

Randall is one of three scrum-halves in the squad and is rewarded for his impressive form at Bristol while Odogwu has shone for Wasps. Obano has featured in England squads in the past, but is yet to make his debut.

But there is no place in the squad for centre Joseph, nor Kyle Sinckler who is suspended for England’s opener against Scotland after being handed a two-week ban for swearing.

The 28-man squad will be retained throughout the Six Nations — after an agreement with Premiership Rugby and the RPA — and Jones has also named a shadow squad, which includes six uncapped players: Charlie Atkinson, Ali Crossdale, Joe Heyes, George Martin, Alex Mitchell and Jacob Umaga.

“This has been a really tough squad to pick and I know there are a lot of disappointed players who haven’t been selected,” Jones said. “We’re really excited by the players we have got, it’s a very vibrant squad and we are looking forward to getting started next week.

“We’re very grateful to Premiership Rugby, the clubs and the RPA for allowing us to have 28 players throughout the tournament, we’re very happy with the number and it’s testament to the growing relationships between all parties.

“Ultimately our goal is to win the Six Nations and to do that we’ll need to work hard, prepare well each day and take it as it comes.”

LeBron: On me to pick Lakers up with AD out
Mathieu van der Poel’s team out of UAE Tour after positive coronavirus test
Wealth of experience drew Wolves to new coach
Ranking college football’s 25 best QB situations over the next three seasons
U.S.’s Morris stretchered off in Swansea match