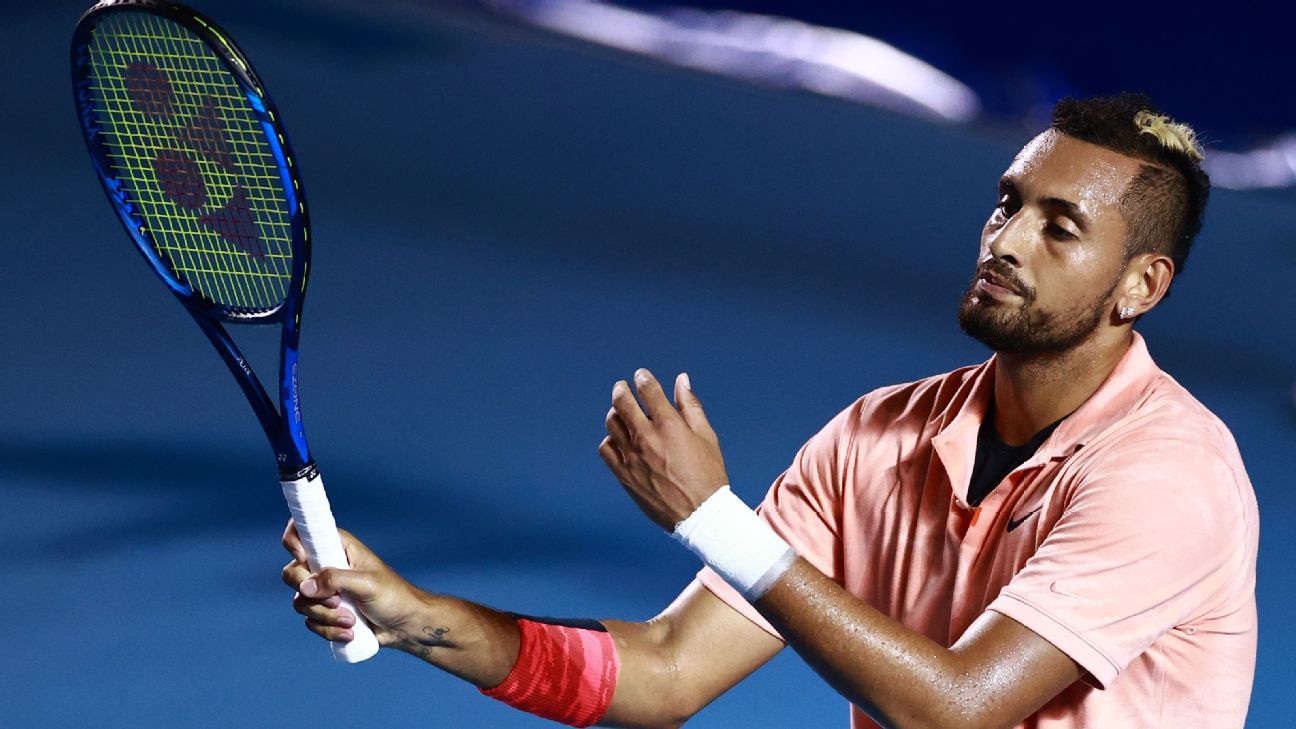 Passengers who arrived on three charter flights have been placed into hard quarantine, including more than 70 players who are unable to train outside their rooms for 14 days before the year’s first Grand Slam starts on Feb. 8.

A Spanish tennis website reported Djokovic wrote to Tennis Australia boss Craig Tiley with a list of “demands”, asking for reduced isolation periods and having players moved to “private houses with tennis courts”.

Djokovic’s management team did not immediately respond to request for comment.

Kyrgios criticised Djokovic time and again in 2020 for organising the Adria Tour exhibition event in the Balkans, where multiple players including the top-ranked Serbian contracted the virus.

“Djokovic is a tool,” Kyrgios, ranked 47th in the world, said on Twitter.

Djokovic, who opted to rent a private house instead of staying at a hotel during the 2020 US Open, is among top players who are serving their mandatory quarantine in Adelaide before travelling to Melbourne for the year’s first Grand Slam.

Many Australians have questioned the decision to host the tournament with organisers flying in 1,200 players and their entourages when thousands of citizens are stranded overseas due to the COVID-19 pandemic.

Djokovic, who set up the breakaway Professional Tennis Players’ Association last year after resigning as the head of ATP’s Players Council, was looking to gain popularity, said Australian Groth.

“Is he serious? It’s a selfish political move to gain popularity,” he wrote in his News Ltd column.

Groth also pointed to the criticism Djokovic received for organising the Adria Tour in June.

“To suggest players should have shorter quarantine isn’t only ridiculous, it’s insulting to Australians that have had to endure it,” Groth added.

“What did he think would happen? That (Victoria’s Premier) Dan Andrews would say ‘sure Novak, anything you want’? Spare me.”

Bernard Tomic‘s girlfriend, Vanessa Sierra, drew flak from Kyrgios after complaining that the food served at their quarantine hotel room was cold and grumbling about having to wash her own hair.

“This is the worst part of quarantine,” Sierra said on her YouTube channel. “I don’t wash my own hair. I’ve never washed my own hair. It’s just not something that I do. I normally have hairdressers that do it twice a week for me.

“This is the situation that we’re dealing with. I can’t wait to get out of quarantine just so I can get my hair done.”

The 25-year-old Kyrgios, who has railed at tennis players who have breached COVID-19 protocols since the start of the pandemic, was not amused.

“I don’t mind Bernie but his Mrs obviously has no perspective, ridiculous scenes,” Kyrgios said.