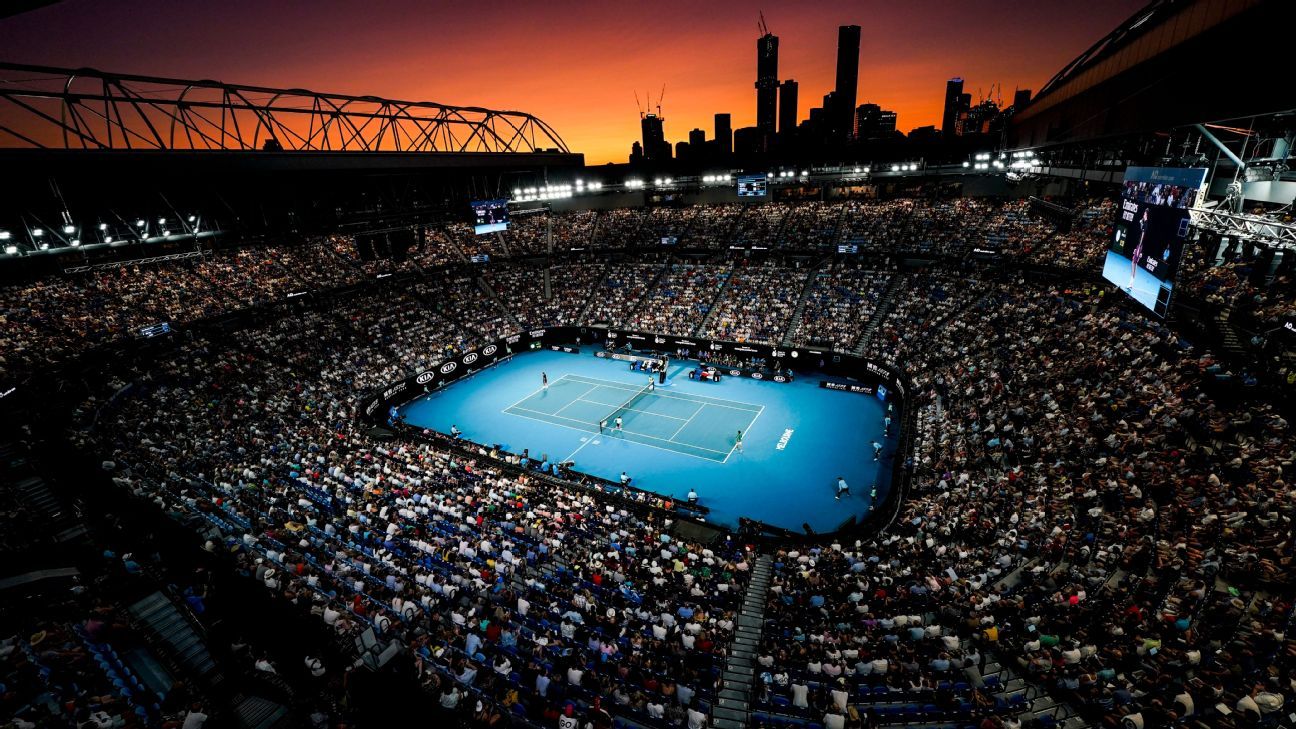 The Australian summer of tennis is underway. Kind of.

Players from around the world have begun to arrive Down Under in preparation for the year’s first Grand Slam, which is due to commence on Feb. 8 [AEDT].

But things aren’t exactly running smoothly, with nine people having tested positive for COVID-19 since arriving in Australia on chartered flights. That has forced every other person on those three separate flights into two weeks’ hotel quarantine, where they are being prevented from training.

Meanwhile, those players who did not arrive in Australia via a COVID-19 affected flight are continuing to prepare with their allotted five hours of training time, but are otherwise subject to the same strict isolation protocols that have been put in place to safeguard the wider Australian community.

Some players, including Alize Cornet, have expressed their displeasure at the situation, though the Frenchwoman has already apologised for a social media outburst she later described as “tactless”.

Read on as we bring you the latest news, video and social media updates from the build-up to the Australian Open.

The first wave of charter flights to arrive in Melbourne have seen nine positive COVID-19 cases identified – including one player – forcing all passengers into a mandatory 14-day hard quarantine.

“I know that there’s been a bit of chatter from a number of players about the rules. Well, the rules apply to them as they apply to everybody else, and they were all briefed on that before they came, and that was the condition on which they came,” Mr Andrews said at a press conference on Monday.

“There’s no special treatment here. Because the virus doesn’t treat you specially. So neither do we.

Melbourne emerged from an enforced 112-day lockdown in late October following a spike in community COVID-19 cases that began in returned traveler hotel quarantine. The state is currently on a run of 12 days without a case in community transition. Current arrangements in place with Tennis Australia allow for incoming players to complete their quarantine and train outside for five hours a day, providing they return a negative test.

“We have Tennis Australia’s full support in the rules and they were communicated to everybody involved in the event,” Mr Andrews said.

“It doesn’t mean that everyone likes them, but that’s not the world we’re in. This is a wildly infectious pandemic. There are rules that need to be followed. They will not be changed. And that’s the basis on which people came here.”

Responding to reports that eight-time Australian Open champion Novak Djokovic had proposed a list of ideas to change the quarantine conditions for the 72 players currently in hard quarantine, Andrews flatly rejected the notion.

“So the notion that there’s been any change, the notion that people weren’t briefed – I think that that argument really has no integrity whatsoever, and don’t just take my word for it. You’ve got other players who, I think on social media and in other forums, have made it clear that they were clear on the rules. And I probably can’t be any plainer than that.”

“People were told what the rules were. The rules will not be changing because the public health advice is where those rules came from.”

You got a mattress? You got a court!

Who says you can’t practice in your hotel room? Kazakhstan’s Yulia Putintseva, Uruguay’s Pablo Cuevas and Switzerland’s Belinda Bencic have each come up with novel ways to get the work in while confined to their hotel rooms.

Wrong surface but that doesn’t matter for us💪🏽 pic.twitter.com/R8FsdyGafy

See, you just have to get creative, folks!

The show must go on

Australian Open director Craig Tiley says the tournament will proceed as planned, despite the chaos created by the five positive COVID-19 tests that have arisen from the chartered flights bringing players, coaches and other personnel to Australia.

“We are reviewing the schedule leading in to see what we can do to assist these players,” Tiley told the Nine Network on Sunday.