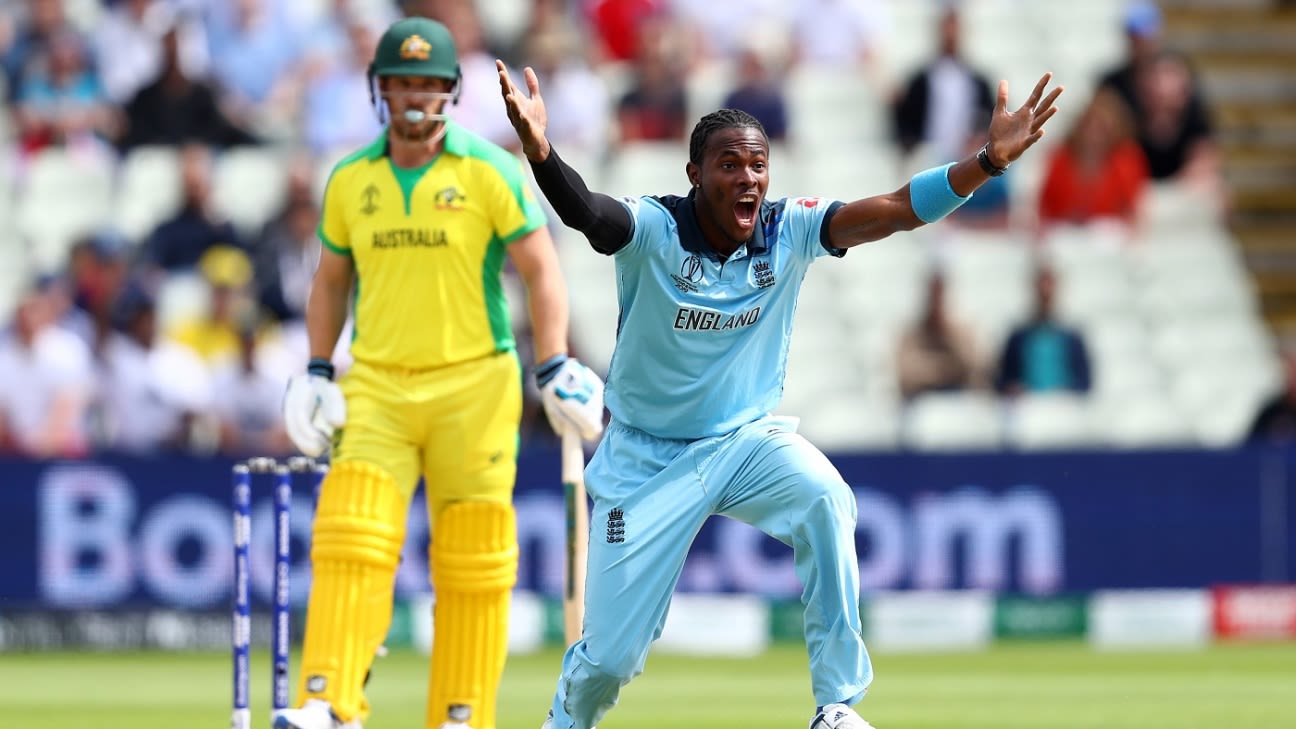 Jos Buttler, Mark Wood and Jofra Archer have been recalled to England’s T20I and ODI squads for the forthcoming series against Australia, but there is no return for the Test captain Joe Root, nor for Jason Roy, who is yet to recover from a side strain.

The exclusion of Root is perhaps the most contentious decision, given his starring role in England’s run to the final of the last World T20 in India in 2016, as well as his stated desire to get back into the set-up, as shown by his starring role with bat and ball for Yorkshire against Derbyshire in the T20 Blast this week.

However, explaining the decision, Ed Smith, England’s national selector, said that the workload of Root as England’s Test captain made his inclusion in the squad illogical – especially if, as is currently the case, he’s unlikely to be part of England’s first-choice XI.

“I don’t think any door is closed to Joe Root,” said Smith. “He’s a brilliant cricketer, an outstanding man. He’s also England’s Test captain. And at the moment we are setting up in a particular way as an XI in T20 cricket, and Joe’s not in that.

“He plays so much cricket, he gives so much to England every time he plays, and the decision is that it’s not right for him that we have him in the squad if he’s not likely to be starting.

That could easily change. I think we’ve all seen that Joe’s an exceptionally adaptable and outstanding batsman, and he could easily come back into the reckoning. But at the moment that’s where it stands.”

England’s two white-ball squads also include a recall for Sam Curran, who was not considered for selection against Pakistan after being a part of the Test bubble, while Tom Banton has been retained in both formats after impressing with a hard-hitting half-century in the first T20I against Pakistan.

Dawid Malan has been retained in the T20I squad after his matchwinning 54 not out in the second T20I on Saturday, and Sam Billings is also involved in both squads after his starring role in the ODI series win against Ireland last month.

Saqib Mahmood, England’s quickest bowler in the Pakistan T20Is, makes way for the return of Wood and Archer, for whom the recall offers a first taste of international white-ball cricket since the World Cup final against New Zealand at Lord’s last summer.

Mahmood will remain with the squad as a reserve, alongside Liam Livingstone in the T20I squad, and Joe Denly in the ODI squad. However, David Willey, who was the unlucky man to miss out of England’s World Cup squad last summer, has once again been omitted from both formats, despite claiming eight wickets and scoring 97 runs for once out in the series against Ireland.

The Australia series is the first time that England have been able to select their strongest available white-ball squads since the South Africa tour in February, with the selectors operating separate Test and one-day squads throughout the summer due to the Covid-19 outbreak.

“We still want to field are our strongest XI in these games,” said Smith. “It’s a wonderful opportunity to finish the summer on a really strong note. And after all the hard work that everyone’s put in behind the scenes – administrators, coaches, captains, players – we feel it’s a really good opportunity to finish the summer strongly against Australia. There’s no more iconic rivalry in cricket, as we all know.”

England had hoped to be able to turn to Roy once again, after he was rested for the Pakistan series as a precaution. However, the ECB have confirmed he will not be ready for the T20I leg of the Australia series, starting at the Ageas Bowl on September 4. He will stay in the team’s biosecure environment, with a view to demonstrating his fitness for the ODIs, which begin at Emirates Old Trafford on September 11.

Moeen Ali, who has struggled for form since his return to England availability, has been retained in both squads. However, Ben Stokes remains unavailable for selection after being granted compassionate leave to visit his father in New Zealand, following his cancer diagnosis.