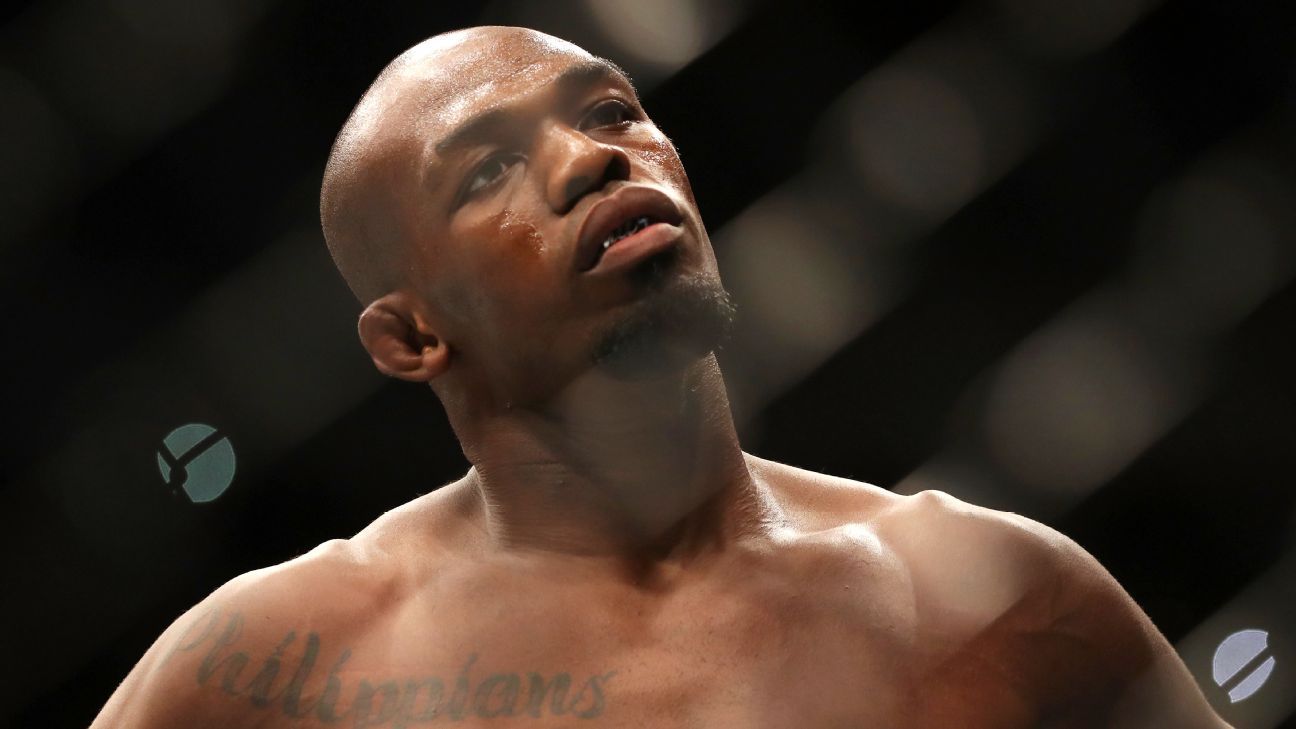 UFC light heavyweight champion Jon Jones agreed to plead guilty to DWI (second offense) on Tuesday and will not face any jail time if he follows the terms of a plea agreement, according to a spokesperson for the Bernalillo County, New Mexico, district attorney’s office.

Jones was arrested on four charges last Thursday in Albuquerque.

Per the agreement, Jones must serve 96 consecutive hours in a Community Custody Program similar to house arrest. In addition to that, Jones must complete 48 hours of community service, pay a $500 fine and take part in a 90-day outpatient treatment program.

Jones will be on supervised probation for one year and an interlock ignition will be placed on any vehicle he operates, meaning he won’t be able to start it without taking a Breathalyzer test. He will still be able to use marijuana with a medical card.

At the time of his arrest, Jones was also charged with negligent use of a deadly weapon, no proof of insurance and possession of an open container of alcohol. Those charges were dropped.

Jones pleaded guilty to DWI charges in 2012 in New York, so Bernalillo County prosecutors considered this a second offense. Jones was facing 364 days in jail as a maximum penalty. That discipline could still come into play if Jones does not fulfill the current sentence.

“His attorney and Mr. Jones have been made aware that if he fails to do this, the State will seek to impose the balance of any jail time without regard for any exceptional circumstances,” Bernalillo County district attorney direct of communications Michael Patrick said.

The agreement still needs to be approved by a judge.

“While we all work to understand and cope with stress and uncertainties surrounding the current state of our world, I want to express how truly disappointed I am that I have become the source of a negative headline again, especially during these trying times,” Jones said in a statement. “I am disappointed for letting down the people I care about the most, my family, friends and my fans. … I accept full responsibility for my actions and I know that I have some personal work to do to which involves the unhealthy relationship I have with alcohol.

“I have dedicated so much time and energy to improve my community and I will not allow this personal setback to hinder my work within the community when we need it most. I truly appreciate the support I have received from the community of Albuquerque and all my fans around the world. I very much look forward to putting this behind me. Thanks you all for your continued love and support and please take care of yourselves.”

Bernalillo County’s Community Custody Program (CCP) would allow Jones to be home with his family, but he would be monitored on a daily basis, per the county’s website, during his four-day sentence. He must report to this program within 90 days.

Jones would have to wear an ankle bracelet, which tracks his movement. He would have to remain home “unless permitted by their tracker to be elsewhere.” In addition, he will be subject to random drug testing. A positive test for alcohol or illegal drugs could result in a loss of CCP privileges.

Jones must complete his 90-day outpatient treatment program within his one-year probation period. He will be allowed to do so via telemedicine due to the coronavirus pandemic.

“Normally, the State would be requesting a pre-sentencing report and a recommendation to Substance Recovery Court, however due to COVID-19 it is not clear the program can accept anyone at this time,” Patrick wrote. “It is also the reason that we are agreeing to the 4 days on CCP with 90 days for turn-in (the metropolitan jail just reported a new case of COVID-19). Jones is still required to complete a minimum of 90 day out-patient treatment, maximum fines and fees, community service and all other requirements of reporting to probation.”

Jones was arrested last Thursday after an Albuquerque Police Department officer said he heard a gun shot nearby. The officer spotted a man he identified as Jones in the driver’s seat of a black Jeep at around 1 a.m. There was an open bottle of Recuerdo mezcal behind the passenger seat, the officer said. A handgun was found later.

The criminal complaint stated Jones had “blood shot watery eyes” and “a strong odor of alcohol coming from his facial region” and that he admitted to driving earlier and had the intention of driving again. Jones did field sobriety tests and “performed poorly on all three of them,” according to the criminal complaint, which led to him being arrested for DWI. Jones tested “at or above twice the legal limit” in a breathalyzer test administered after he was arrested, the complaint stated.

In the arrest video from officer Brian Johnson’s lapel camera obtained by ESPN, Jones said he had been drinking vodka and told the officer that he was “stir crazy” being indoors and that this was his first drive in two weeks. Jones said he was pulled over after “being nice” to homeless people.

“I saw these homeless guys, I was being nice to them,” Jones said. “Having a conversation with them, treating them like humans.”

Jones, 32, is one of the greatest champions in UFC history, holding the records for most title fight wins (14) and most title defenses (11, tied with Demetrious Johnson). Jones (26-1, 1 NC), ESPN’s No. 2-ranked pound-for-pound fighter, has lost just once in his career, via disqualification in 2009. The Albuquerque resident and New York native is coming off a unanimous decision win over Dominick Reyes at UFC 247 on Feb. 8.

While a legend in the Octagon, Jones has had his fair share of troubles outside of it, including a felony hit-and-run arrest in 2015. Last October, Jones pleaded guilty to disorderly conduct in a case in which he was accused of slapping a strip-club cocktail waitress in the genital region. Jones has also failed two drug tests administered by USADA, the UFC’s anti-doping partner. He was suspended twice, but both times USADA cleared him of intentional use of performance-enhancing drugs.