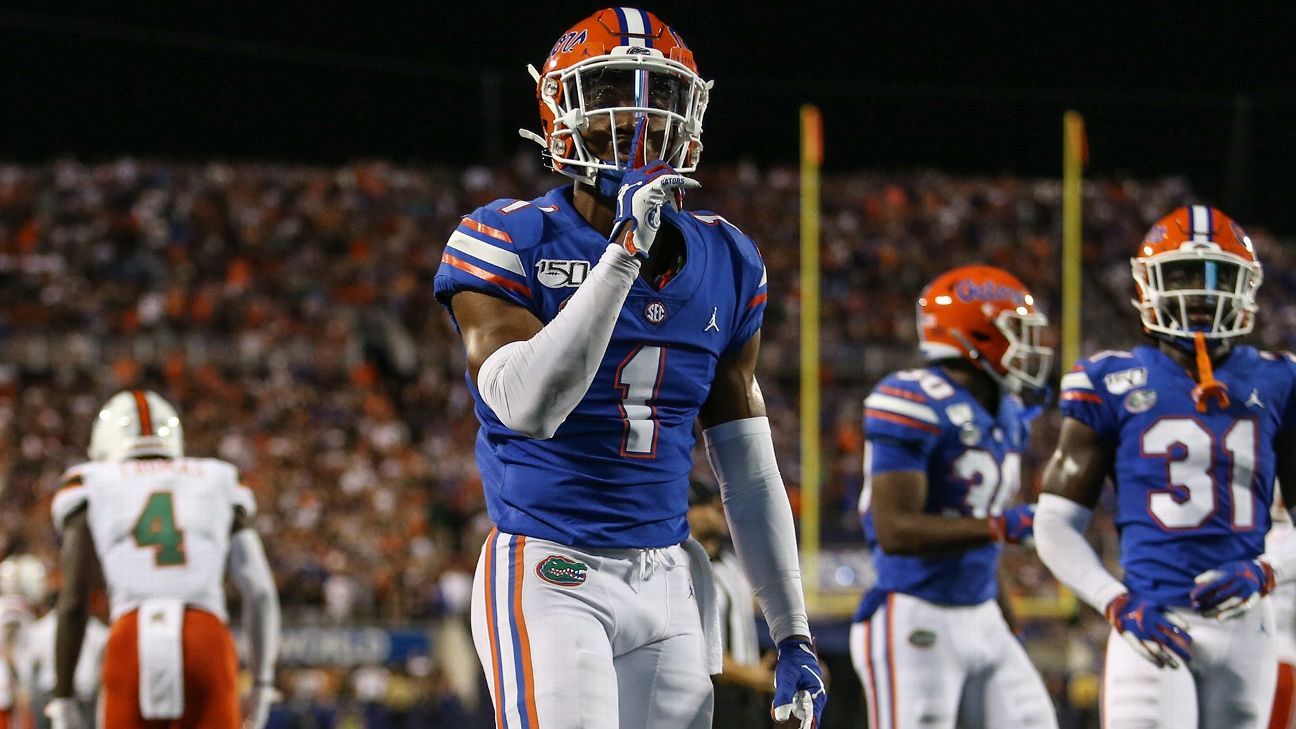 FRISCO, Texas — With what the Dallas Cowboys have and have not done in free agency, the direction they need to take in the upcoming draft is becoming clear.

In his two-round mock draft, ESPN Insider Todd McShay read the tea leaves as well, selecting Florida cornerback CJ Henderson for Dallas in the first round at No. 17 overall and Michigan defensive end Josh Uche at No. 51 overall.

The Cowboys lost Byron Jones to the Miami Dolphins, kept Anthony Brown and C.J. Goodwin, and added Maurice Canady to a group led by Chidobe Awuzie and Jourdan Lewis. Henderson is considered the second-best cornerback in the draft behind Ohio State’s Jeff Okudah, so grabbing him in the first round makes sense. Henderson is fast. He has good size. He has made some plays on the ball.

I always like to check who was selected later in these mock drafts and see if there are better fits. At Nos. 18 and 19 went safeties Xavier McKinney and Antoine Winfield Jr. to the Dolphins and Las Vegas Raiders, respectively. Safety remains a Dallas need even with the addition of Ha Ha Clinton-Dix on a one-year deal.

Then at No. 27 went LSU pass-rusher K’Lavon Chaisson. McShay called him the second-best edge rusher in the draft behind Ohio State’s Chase Young. Chaisson, a season removed from a serious knee injury, had 6.5 sacks and 13.5 tackles for loss for the national champions.

Now think about what the Cowboys have and have not done in free agency with pass-rushers. Robert Quinn and his team-best 11.5 sacks left for Chicago. Dallas has added interior players Gerald McCoy and Dontari Poe, but has a hole at right defensive end opposite DeMarcus Lawrence. Tyrone Crawford is a solid, versatile player whom the Cowboys should keep, but he is coming off surgeries to both hips. Randy Gregory might be reinstated and his return would help.

This isn’t to say Uche would be a bad pick.

He had 8.5 sacks last season, but when people see “Michigan” they will think Taco Charlton, which is an unfair label. Uche has the speed to capture the edge and seems to have a feel for getting to the quarterback, but he needs to add strength.

With the Cowboys picking at No. 51, McShay had cornerbacks Jaylon Johnson (No. 53, Philadelphia), Jeff Gladney (No. 57, Houston) and Noah Igbinoghene (No. 63, Kansas City) available in the second round.

Would you feel better about a Henderson-Uche pairing or, say, a Chaisson-Gladney pairing?

If a pass rush makes a secondary, go with the latter.