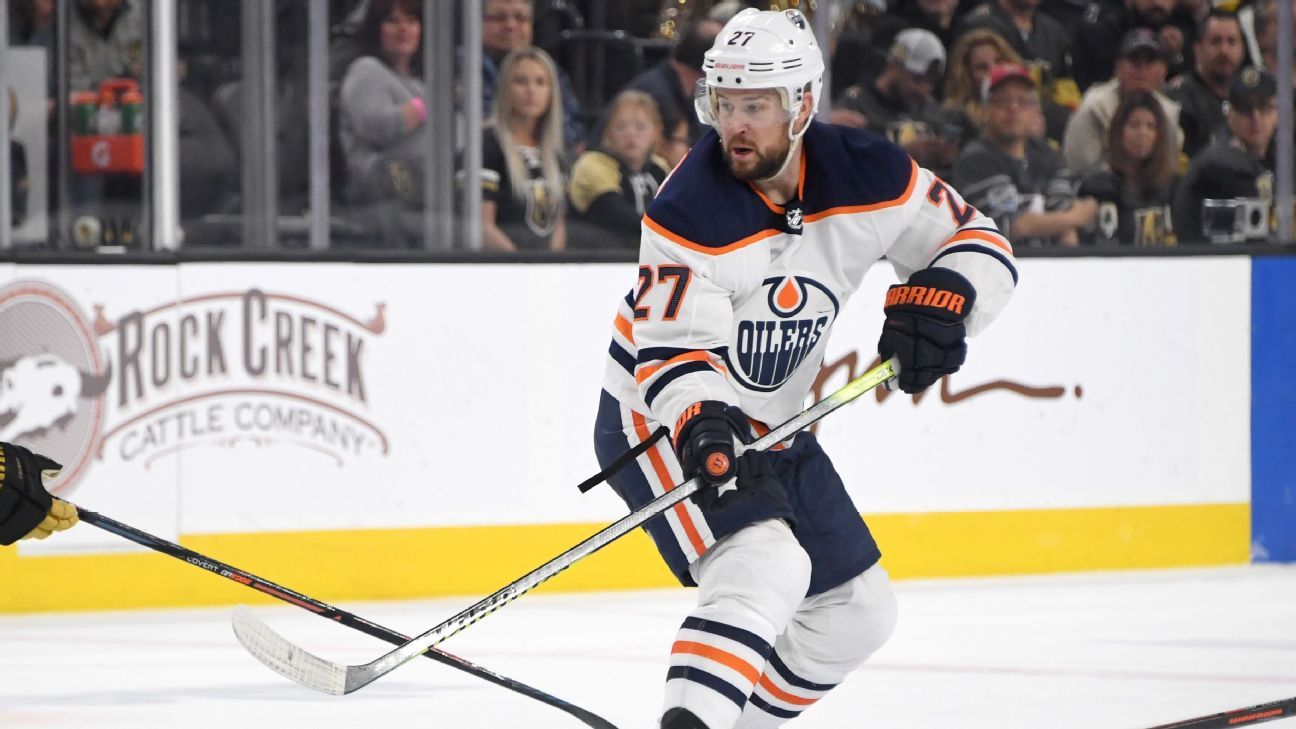 Edmonton defenseman Mike Green, a key trade-deadline acquisition last month as the Oilers prepared for a playoff run, will be available to return to the ice if and when the NHL resumes play, according to coach Dave Tippett.

In a video Q-and-A session on the team’s website Tuesday, Tippett said Green is recovering well from the sprained MCL injury that had nagged him. Green played in just two games for Edmonton before the injury.

“His injury, I wouldn’t say, is 100% healed, but it’s pretty close,” Tippett said of Green, while also referring to forward Joakim Nygard, who has been out since January with a broken hand. “Nygard has just got to continue therapy on that hand but he’s been working hard.

“Both of them, I think, would certainly be ready to go if we get around to starting again.”

Green, 34, a two-time All-Star, has three goals and 11 points in 50 games this season, 48 of them for the Detroit Red Wings, last in the NHL in points. But he may have a chance to turn things around with the Oilers, who have 83 points and occupy the No. 2 playoff position in the Pacific Division.

He was traded to Edmonton on Feb. 28, in exchange for center Kyle Brodziak and a fourth-round pick in this year’s draft.

Ciganda part of 3-way tie atop Portland Classic
Salah, Mane 8/10 as they fire Liverpool to victory vs. Palace
Lamar: Sunday ‘not about me and Mahomes’
Patriots-Jets rivalry goes to Gen Z at QB: Mac Jones, Zach Wilson
D. Johnson to face Muay Thai standout at ONE X