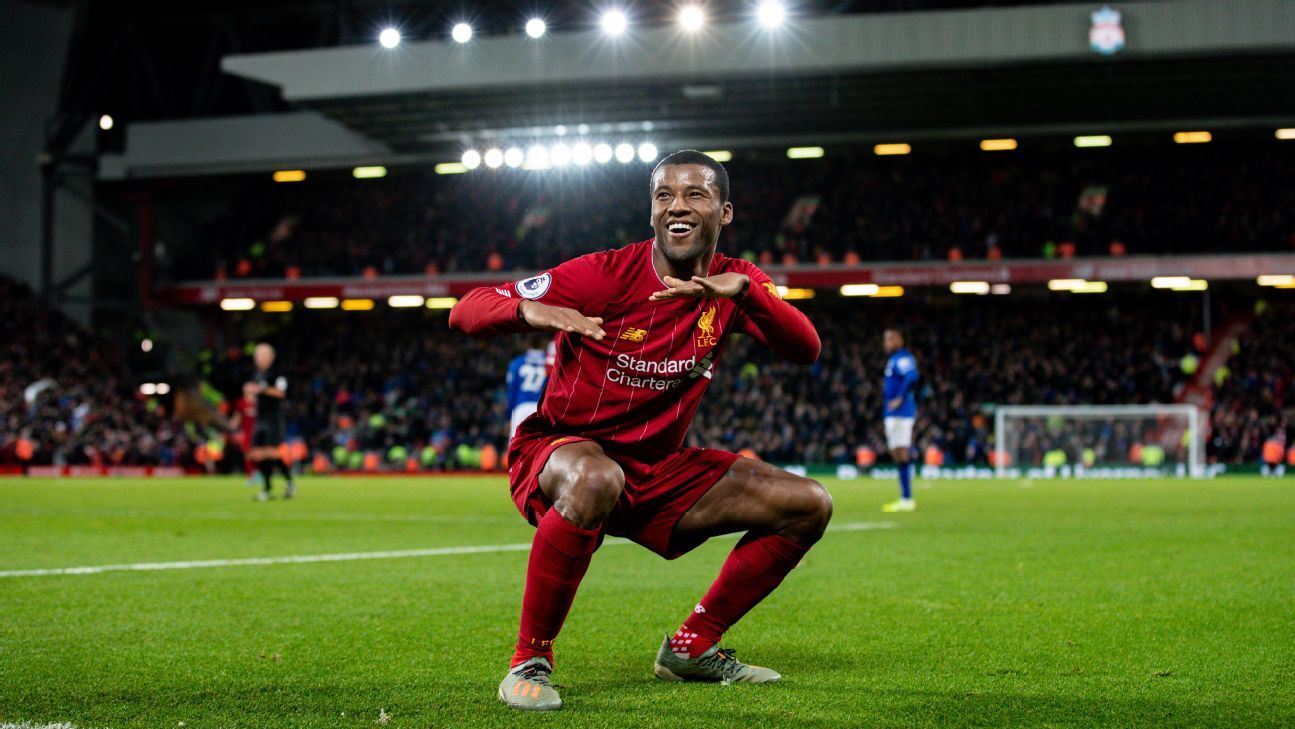 The coronavirus pandemic made the transfer market unlike any before it, but there was still plenty of action on Deadline Day. With the window closed across the major leagues in Europe, you can check out the latest major completed transfers across the globe.

The Mirror is reporting that Barcelona manager Ronald Koeman is eager to try and sign Liverpool‘s Georginio Wijnaldum and Manchester City‘s Eric Garcia during the January transfer window.

The belief is that Barca may not have the cash necessary to force Liverpool or City to agree to a deal for either man, but Koeman has urged the board to try and make it a reality.

It’s been an uncertain start to the La Liga campaign for Barca, and while they do have a strong squad at their disposal, they do seem to be in the early stages of their re-development.

The Mirror is also reporting that Koeman expects Lionel Messi to leave at the end of the season.

The future of the Argentina star has been a source of great discussion, and over the last few months, it genuinely seemed as if he’d be leaving the Nou Camp. He was heavily linked with Manchester City and a reunion with Pep Guardiola.

Barca fans were happy to see him hang around for this season but it does now appear as if it’ll only be for one more year with the club.

The youngster, who has a massive £640 million release clause at the Bernabeu, is slowly but surely starting to prove himself in Real’s first team after years of hype from the media and the club themselves.

United midfielder Paul Pogba has been tipped to go in the opposite direction in recent months, but the Red Devils’ focus seems to be shifting towards bringing Valverde over to Old Trafford with the idea of a swap deal being fresh in their mind.

– Barcelona may try and sign Memphis Depay again in January after Koeman said he’d be interested the Netherlands man. During a recent interview with AD, Koeman kept the door open of bringing Depay over from Lyon, saying “that is certainly a possibility, yes. I will try, because I like to have him there.”

– Leeds United star Kalvin Phillips is set to spark a bidding war next summer, the Mirror reports. The 24-year-old has made a strong start to life in the Premier League with the Yorkshire club with Liverpool and Tottenham Hotspur both being interested in securing his services. If they want to sign him, however, they’ll have to pay upwards of £50m.