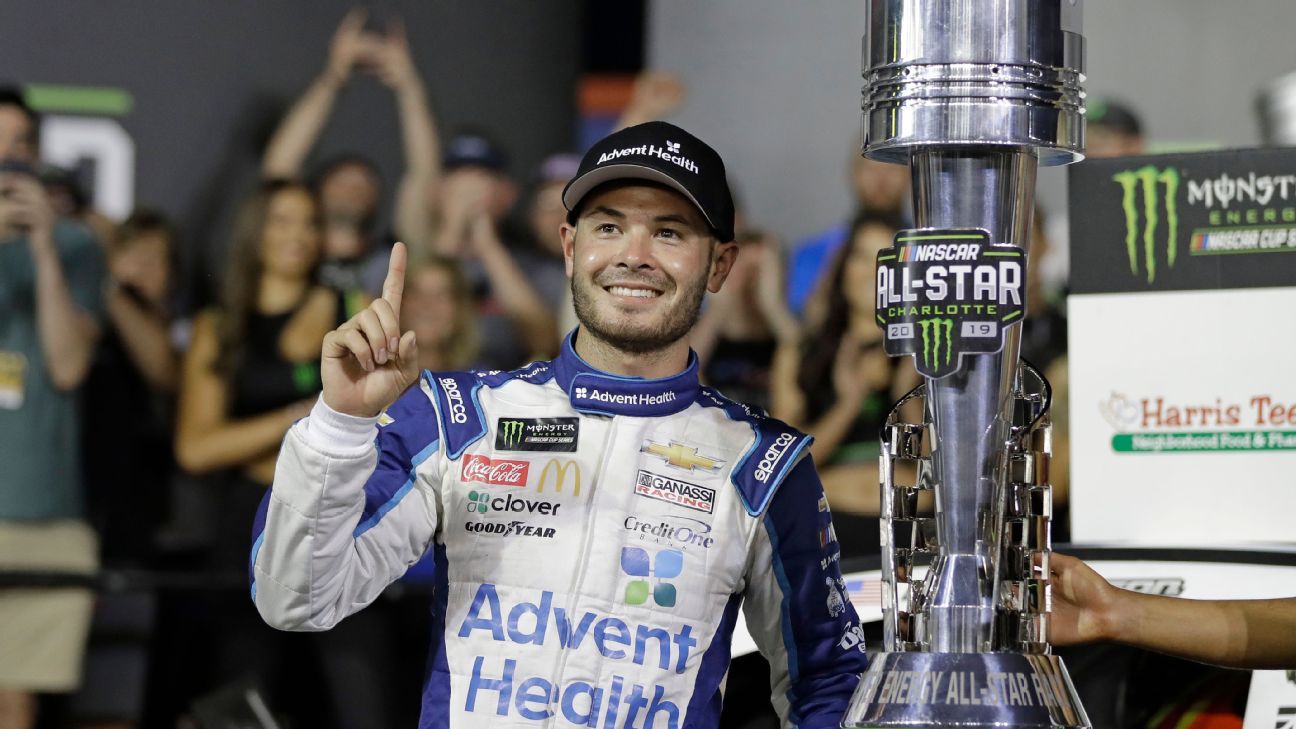 NASCAR Cup Series driver Kyle Larson, who was suspended indefinitely after using the N-word during a virtual race in April, has applied for reinstatement, a spokesman for the sanctioning body confirmed Friday.

Larson, who was also fired by Chip Ganassi Racing, applied for reinstatement earlier this week and NASCAR is discussing his application internally, with its stakeholders and with Larson, the spokesman said.

Larson, who has spent the time since his suspension racing and winning in sprint cars, his passion and his initial path to NASCAR, has met NASCAR’s requirements for reinstatement, which included sensitivity training.

If Larson is approved for reinstatement and then finds a ride for 2021, he recently wrote in an essay on his website that he’ll return with an understanding of why his use of N-word had, at least temporarily, derailed his NASCAR career. Larson, 28, was participating in a virtual race when he couldn’t hear his spotter on his headset and used the racial slur to get his colleague’s attention.

Instead of being on a private audio channel, the comment occurred over a public channel, and the repercussions included the loss of sponsorship deals with McDonald’s, Credit One Bank and Fiserv, a financial services technology company that runs the Clover platform that sponsored Larson. In addition, Chevrolet terminated its personal-services relationship with him.

A winner of six Cup races in 223 starts to go along with 12 wins in 108 Xfinity Series starts, Larson was considered a strong candidate to replace Jimmie Johnson at Hendrick Motorsports as his contract with Ganassi was set to expire after the season.

While Hendrick Motorsports has announced Alex Bowman is switching from its No. 88 entry to replace Johnson in the No. 48 next season, it has not announced who will replace Johnson in its driving lineup. Team owner Rick Hendrick has not said if Larson would be a candidate for his team if he’s reinstated by NASCAR.

In his recent essay, Larson talked about the lessons he’s learned since his firing.

“Since April, I’ve done a lot of reflecting. I realized how little I really knew about the African-American experience in this country and racism in general,” Larson wrote. “Educating myself is something I should’ve done a long time ago, because it would’ve made me a better person — the kind of person who doesn’t casually throw around an awful, racist word. The kind who makes an effort to understand the hate and oppression it symbolizes and the depth of pain it has caused Black people throughout history and still to this day. It was past time for me to shut up, listen and learn.

“The first lesson: The N-word is not mine to use. It cannot be part of my vocabulary. The history of the word is connected to slavery, injustice and trauma that is deep and has gone on for far too long. I truly didn’t say the word with the intention of degrading or demeaning another person, but my ignorance ended up insulting an entire community of people who, in the year 2020, still have to fight for justice and equality. When I look back at these last few months and see all the protests and unrest in our country, and the pain Black people are going through, it hurts to know that what I said contributed to that pain.”