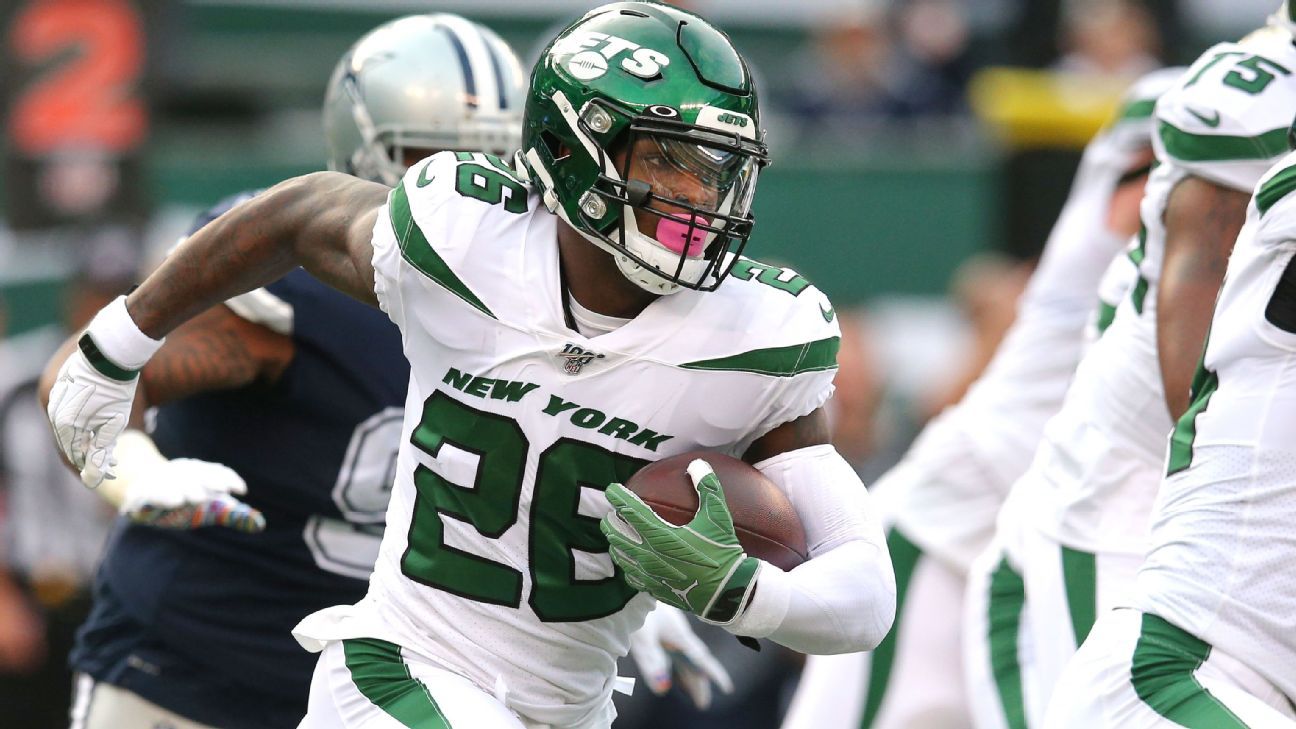 KANSAS CITY, Mo. — The Kansas City Chiefs certainly won’t complain if they get from Le’Veon Bell what he delivered in the prime of his career with the Pittsburgh Steelers. As recently as 2017, Bell rushed for almost 1,300 yards, caught 85 passes and scored 11 total touchdowns.

They won’t ask him for that, though, and it may be a couple weeks before he can even enter a game. The 28-year-old Bell can’t get into the Chiefs facility or onto the practice field until he has at least six straight days of negative COVID-19 testing.

They don’t need prime-of-his-career production either, not with the Chiefs also having rookie Clyde Edwards-Helaire at running back. A more likely scenario has the two splitting time in some fashion as the Chiefs’ featured back.

But after signing a one-year deal with Bell on Thursday, the Chiefs are hoping for some of the player Bell was while in Pittsburgh. If he is he would not only fill in a big hole in their running game, he would strengthen their effort to repeat as Super Bowl champions.

Immediately, Bell could help the Chiefs run the ball better in goal-line and short-yardage situations. Edwards-Helaire has been a failure in those areas. He has nine carries in goal-to-go situations and minus-1 yard and no touchdowns to show for it. No other NFL player has more than four goal-to-go carries this season without scoring a touchdown.

The Chiefs have one rushing touchdown from a running back this season, that being supplied by Edwards-Helaire on a 27-yard run in Week 1 against the Houston Texans. Since then, the Chiefs have scored rushing touchdowns only on scrambles by quarterback Patrick Mahomes (twice) or when they hand the ball to wide receiver Tyreek Hill (once).

Things were so bad in short yardage the Chiefs twice on fourth-and-1 plays felt they had to hand the ball to fullback Anthony Sherman and once to third-string back Darwin Thompson, but never to Edwards-Helaire.

Beyond needing a short yardage running back, the Chiefs needed depth at the position. They almost always do. In 2015, 2017, 2018 and 2019, their featured back at the start of the season wasn’t a factor by the end. Whether it was Jamaal Charles or Spencer Ware getting injured, Kareem Hunt getting released or LeSean McCoy getting benched, the Chiefs were forced to dig into their depth at an important position in Andy Reid’s offensive system.

Often, they thrived while doing so. With McCoy inactive for last season’s Super Bowl, Damien Williams was a star with two fourth quarter touchdowns and more than 100 yards rushing.

Before signing Bell, the Chiefs had little in the way of experience at running back. Edwards-Helaire has played in five NFL games. Damien Williams opted out of the season before it started because of COVID-19 concerns. None of the backups, including Thompson, Darrel Williams or DeAndre Washington, had ever been a featured back for an extended period of time.

Through that lens alone, this was a move the Chiefs had to make. They had no proven insurance for Edwards-Helaire, himself still something of an unknown. Nothing against any of the backups, but none of them is Le’Veon Bell.