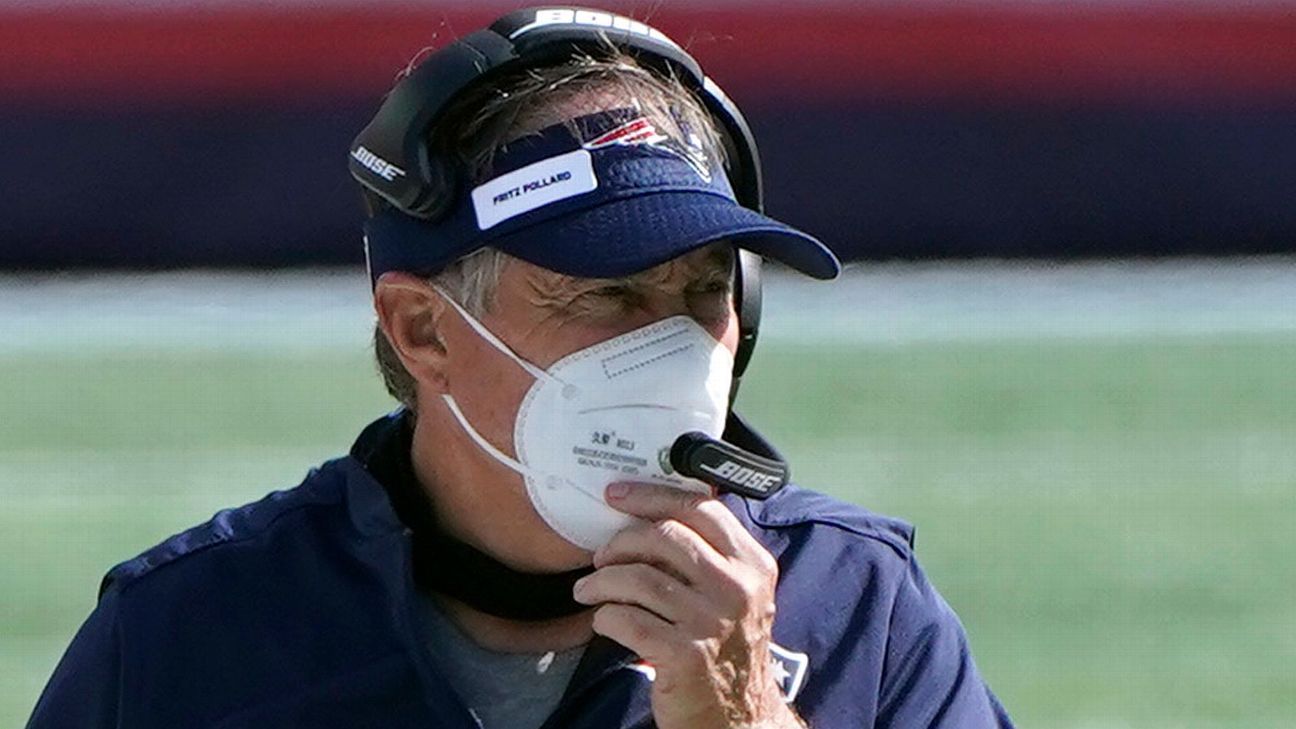 FOXBOROUGH, Mass. — The New England Patriots have canceled their Friday practice and player interviews after a positive COVID-19 test, according to a source, and are also awaiting confirmation on a second positive test.

The Patriots are scheduled to host the Denver Broncos on Sunday. That game had been rescheduled from Week 5 after Patriots starting defensive tackle Byron Cowart tested positive two days before kickoff.

All NFL games for this week remain on schedule, a league source told ESPN’s Dianna Russini on Friday.

The Patriots had been scheduled to practice Friday at 1 p.m. ET. Players previously said they had only been inside the facility for weightlifting the past few days, with all meetings being held virtually.

The facility had been shut down Sunday, Monday and Tuesday, before players returned Wednesday for conditioning work. The team’s first practice of the week was Thursday.