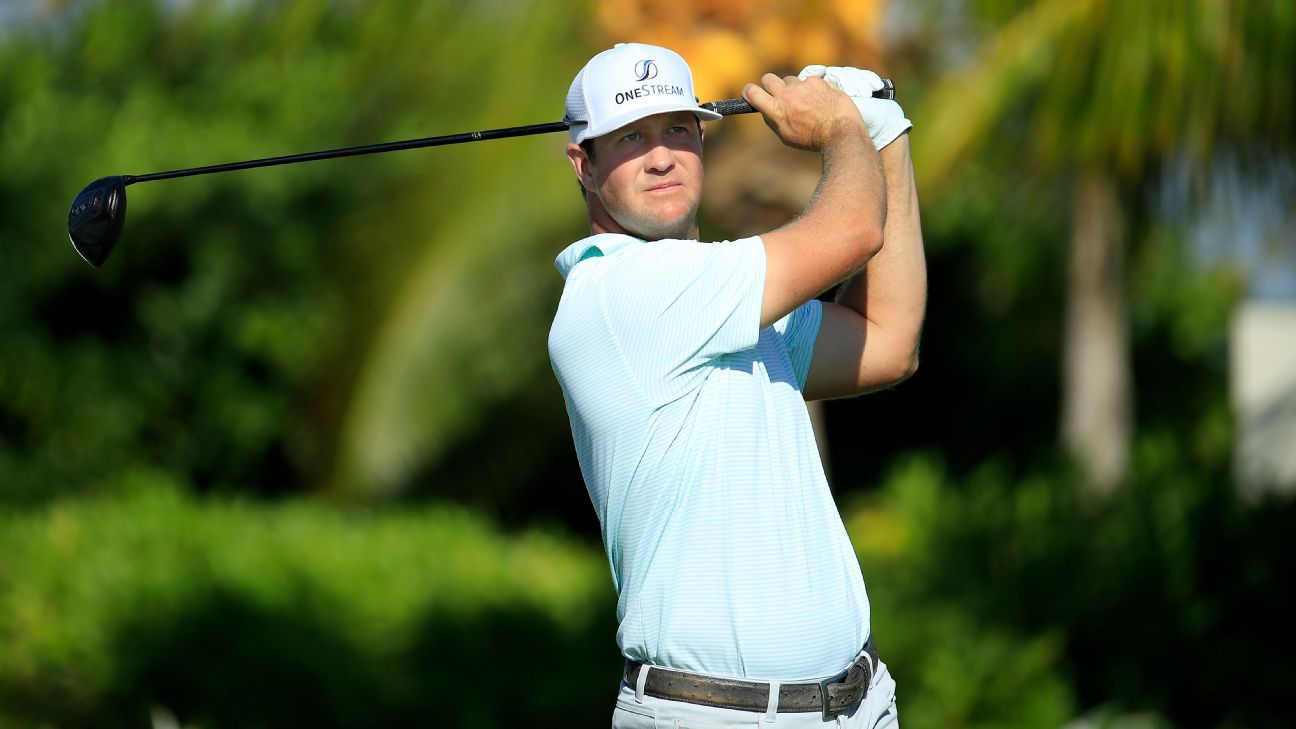 PUNTA CANA, Dominican Republic — A hornet sting early and a bunch of birdies late carried Hudson Swafford to a 5-under 67 on Friday for a two-shot lead going into the weekend of the Corales Puntacana Resort and Club Championship.

Joining him in the final group will be Sean O’Hair, who missed an entire year with a torn oblique and returned just in time for the COVID-19 pandemic to shut down golf.

Swafford played in the morning when it was humid along the Caribbean Sea but without much wind. He started on the back nine and it was largely uneventful, except for that hornet that stung him on the joint of his pinky finger while he reached for his putter after playing one hole.

“It started swelling up, so I was just kind of rubbing ice on it after tee shots for the first five, six holes on the back side,” Swafford said. “I guess it kind of cleared my mind of the golf thing and just let me focus on something else.”

Swafford has a good feel for the greens this week, so his objective was to give himself enough chances. After a pair of birdies on the back nine, and then a few mistakes when the wind arrived, Swafford ran off three birdies at the end of his round and set the target at 12-under 132.

“My caddie got stung yesterday on the forearm on the first hole, and I guess he said it’s kind of a good omen,” Swafford said. “We played well, and we ended up playing well again today.”

All have dealt with some form of injuries. Swafford is missed most of last summer with foot surgery. Suh had a wrist injury right when he turned pro that slowed his progress.

And then there was 38-year-old O’Hair, a four-time PGA Tour winner. He tore his oblique at the AT&T Pebble Beach Pro-Am in February 2019, had surgery to repair and remove scar tissues, and he didn’t play another PGA Tour event until Pebble Beach this year. He played the Honda Classic. And then golf shut down.

“I’ve been out pretty much almost a year-and-a-half now,” said O’Hair, who missed the cut in the Safeway Open last week. “So it’s trying to get in a groove again, in the routine again. My body is still not quite there as far as the workload that you do from traveling and hitting balls and walking and practice. It’s kind of hard to practice that at home.

“I’ve tried to play as much as I can at home to get ready for this, and this is going to be my first three weeks in a row for a year-and-a-half, so that’s going to be a big task for me, for sure.”

Suh chipped in for birdie on the 17th, and then made an 18-foot par putt on the 18th when his approach rolled off the side of the green into a collection area.

Mackenzie Hughes of Canada had a 67 and was at 9-under 135 along with Adam Long, who ran off six straight birdies and was 8 under through 12 holes on his round until he made back-to-back bogeys. He had to settle for a 65, still not a bad way to celebrate his 33rd birthday.

The cut was at 3-under 141, and among those missing the weekend was Graham DeLaet. The Canadian opened with a 78 and was 14 shots better Friday. But his 64 left him one shot short of making the cut.

That means the winner this week gets an invitation to the Masters next April, and the final two rounds will be broadcast on NBC Sports, which had set aside this time for the Ryder Cup.