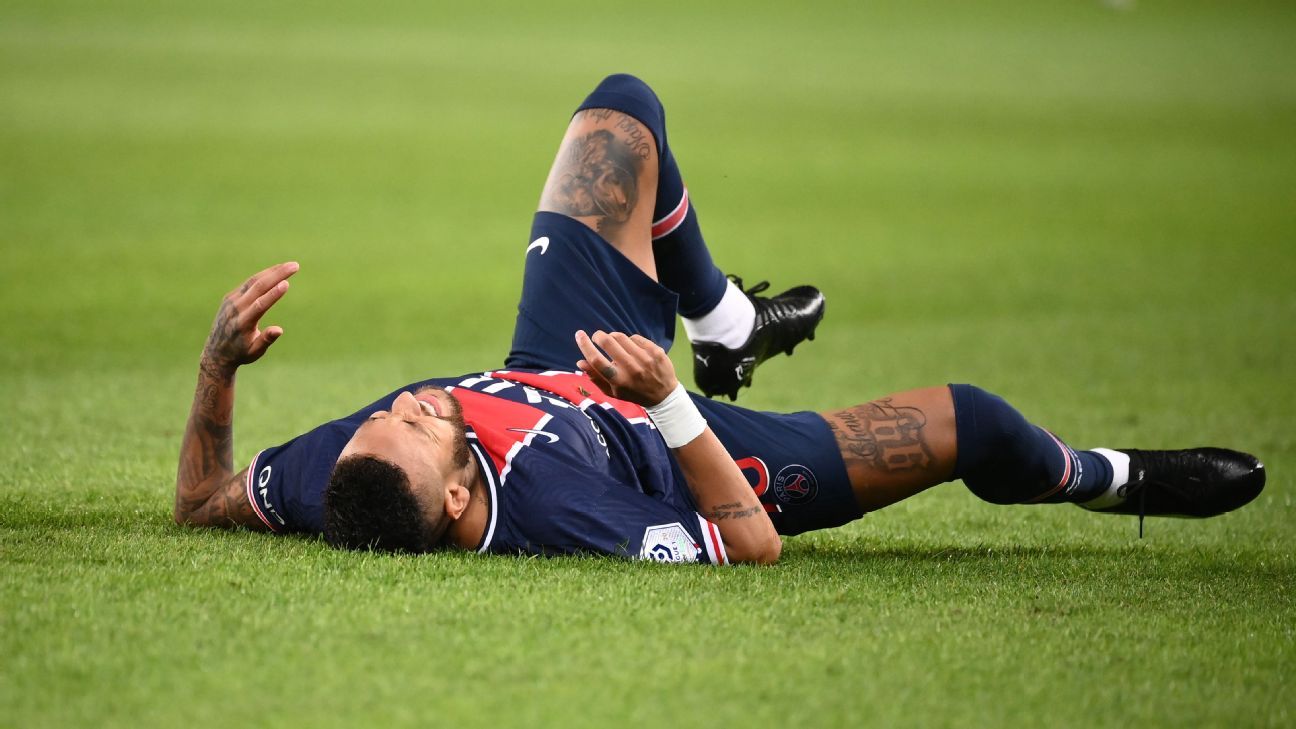 In the space of three weeks, Paris Saint-Germain went from almost touching the stars to crashing violently back to Earth. Having lost their first-ever Champions League final, against Bayern Munich on Aug. 23, the French champions were then beaten in their first two games of Ligue 1 for the first time since 1984, following a 1-0 loss to Lens with a volatile Le Classique defeat against Marseille this past Sunday.

In the past three weeks, everything that could have gone wrong for PSG did go wrong.

Having had plenty of chances to defeat Bayern, the Champions League loss hurt a lot and the emotional hangover was always going to be hard to overcome. But the 1-0 defeat to Marseille in Paris, the first home loss to their rivals in almost a decade, was painful for many other reasons. The Parisians lost more than a football match against l’OM; they lost some of the credibility they gained in Lisbon after impressive performances against Atalanta, RB Leipzig and Bayern.

Instead of riding the wave of momentum built up by their great European journey, they’ve fallen off their pedestal since the restart. Against Marseille, the players projected a bad image of themselves and of their club. Three players were sent off in extra-time: Neymar, for slapping Alvaro Gonzalez in the back of the head (he claimed afterwards that Gonzalez racially abused him during the game and investigation will be launched); Layvin Kurzawa for punching and kicking Jordan Amavi; and Leo Paredes for his part in the mass brawl.

Neymar, Kurzawa and Paredes will find out their punishments on Wednesday night when the league’s discipline committee examines the incidents in full. They should be heavy, with Neymar and Kurzawa potentially getting a maximum seven-game suspension, while Paredes will get between one and three. Angel Di Maria, who was accused of spitting on Alvaro by the Marseille camp, also risks a heavy suspension although no footage has yet been found to prove it.

The past three weeks have been terrible for PSG. They had no time for preseason preparations ahead of the new campaign as Ligue 1 started on the weekend of the Champions League final. There was “Ibiza-gate” with six players, including Neymar and Di Maria, contracting COVID-19 during their holidays on the Spanish island straight after the Bayern game. On top of that, star striker Kylian Mbappe also tested positive a week later while with the France national team (although he went to Monaco on holiday, not Ibiza.)

It meant that PSG started the season away at newly-promoted Lens with six key players out (Neymar, Mbappe, Marquinhos, Mauro Icardi, Keylor Navas, Di Maria) as well as Paredes. They put out a decent team but, with two inexperienced 18-year-olds up front and a 20-year-old goalkeeper, they lost 1-0 after an individual mistake. Suddenly, the team looked beatable. And, even with Neymar, Di Maria and Paredes coming back (though not having trained for two weeks), PSG looked a less fearsome prospect to Marseille.

The crisis deepened with the defeat on Sunday night, thanks in part to a great defensive display from Marseille and goalkeeper Steve Mandanda in particular. PSG had not lost against their arch-rivals for nine years; 10 at home and a 20-game unbeaten run — but PSG sporting director Leonardo addressed the squad at the training ground on Monday morning in a bid to turn the mood around.

Sources told ESPN that it was a positive chat and that he backed the players and supported them. But it was also a way of putting pressure back on them. They need to kickstart their season, regardless of how difficult the past three weeks have been.

Julien Laurens says Ligue 1 will open an investigation after Neymar’s claims that he was racially abused during Le Classique.

Now the French champions have to bounce back away at Metz on Wednesday evening without Neymar, Mbappe, Kurzawa, Paredes or new signing Alessandro Florenzi, who was PSG’s best player against Marseille. But they will have Marquinhos, Icardi and Navas back.

PSG have never lost their first three games in Ligue 1. Back in 1984, when the team was not very good and finished 13th in the league, they drew their third game 0-0 against Toulon. Except here, a draw at Metz would not be good enough while another defeat would be a disaster. Anything else than a win could trigger dramatic consequences for manager Thomas Tuchel, who is being criticised more inside the club, sources have told ESPN.

Tuchel’s coaching in both games against Lens and Marseille made no sense. He looked passive on the touchline and never gave the impression that he knew how to regain control of either game. There is still no identity to the PSG team; the gameplan often seems to be “give the ball to Neymar or Mbappe.” Tuchel’s reaction after the Marseille defeat — when he stated that his team “had a great game” — was baffling, because they didn’t.

Leonardo is also feeling the pressure. He has been struggling this summer and not just because of the coronavirus pandemic. With only three weeks left in the transfer window, PSG’s recruitment has not been good enough both in terms of arrivals (Icardi and Florenzi) or departures. That is his main job. He needs to move on players (Julian Draxler and Idrissa Gueye especially) and strengthen the squad more, even if there is not much money available.

The next three weeks will be huge for PSG. They play Metz, Nice, Reims, Angers, Nimes in Ligue 1, while there will be the Champions League group stage draw on Oct. 1 and the end of the transfer window on Oct. 5. The players, Tuchel and Leonardo will have to manage this crisis and get through it. That Champions League final in Lisbon seems so far away already.