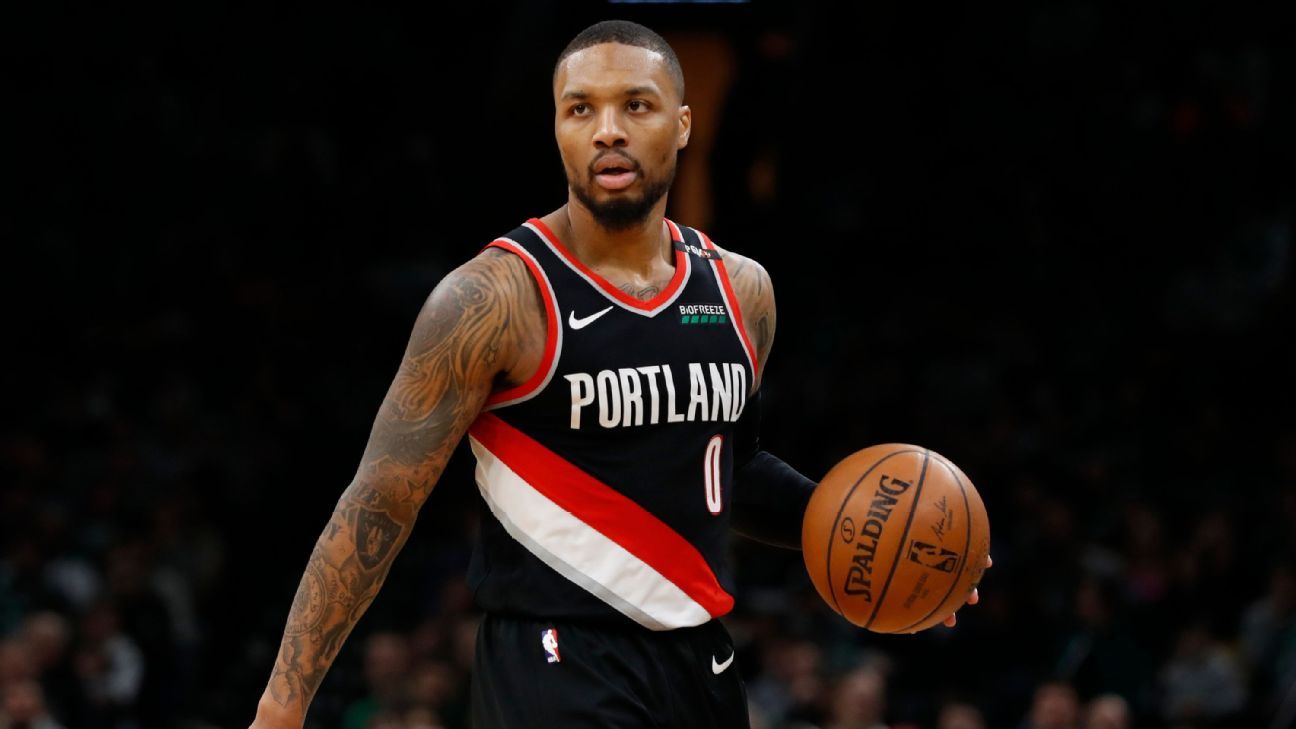 For the Blazers, the goal is to build upon the momentum they carried over from their stunning 140-135 overtime victory over the Memphis Grizzlies on Friday. That victory was a massive one for Portland; not only did the Blazers manage to overcome an 11-point, second-half deficit to win their first game at the ESPN Wide World of Sports Complex, but it also allowed Portland to move to within 2½ games of Memphis for the eighth playoff spot in the Western Conference.

“Everybody knew how important that game was,” Blazers coach Terry Stotts said afterward. “This is playoff basketball from us, and we have that pressure and you can’t shy away from it.”

For Portland to make the playoffs, it will need to both remain in ninth place and within four games of Memphis for the eighth and final playoff spot in the West to enter into the first play-in tournament, something the NBA instituted as part of its return to play inside the campus.

Finding a way to get another win over the Celtics would go a long way toward securing either option. To do so, they’ll need to continue to see the kind of game they got from Damian Lillard, who had 29 points and nine assists in 45 minutes after missing Portland’s final two scrimmages because of inflammation in his left foot.

Speaking of injured point guards, the Celtics couldn’t care less about playoff positioning during these seeding games. Instead, the singular focus for Boston between now and when the playoffs start later this month is to get Kemba Walker back to full strength.

Though Boston lost to the Milwaukee Bucks in their first game in Florida on Friday night, what they saw from Walker in that game made the night a success. Walker played only 19 minutes, as part of a carefully mapped out build-up plan during these seeding games as he tries to ease his balky left knee back to normal. But he scored 16 points on 5-of-9 shooting from the field, playing with precisely the kind of burst Boston will need from him if the Celtics want to beat Milwaukee in a potential third straight showdown in the playoffs.

No matter the result, if the Celtics hear Walker say the same thing after this game, they’ll be happy. — Tim Bontemps

The Trail Blazers got off to exactly the kind of start they needed, taking down the Grizzlies in the opener to close the gap, because things start to get tougher from here. The Celtics played the Bucks to the wire, getting a terrific game from Marcus Smart and looking every bit prepared, conditioned and ready. The Trail Blazers are definitely a better team today than they were in March. They’re going to need to show it against Boston. — Royce Young

There’s a decent chance the Bucks might drop 190 points on Houston. But then again, the Rockets might return the favor, because the microball is still cooking. James Harden didn’t show any signs of rust, and for the most part, Houston just continued on with what it was doing in March. If anything, the restart might have given the Rockets more of a chance to work out some issues, and a showdown against the Bucks is a great chance to try it out in a rematch of both teams’ season opener.— Young

In contrast to Saturday, Sunday’s games are almost exclusively bubble-flavored. Only the Bucks-Rockets matchup is free from seeding drama (a Bucks win clinches the top seed in the East for Milwaukee).

The day starts off with the Washington Wizards getting a crack at the current 8-seed, the Brooklyn Nets. Both teams are in dilapidated roster states, and it showed in their respective opening losses Friday. The Orlando Magic beat the Nets to take hold of the 7-seed; they’ll look to put some distance between themselves and Brooklyn when they play the Sacramento Kings, who need to bounce back from Friday’s demoralizing loss to the San Antonio Spurs.

The Spurs will look to continue the momentum from that win by taking on Southeast Division rival and current West 8-seed Memphis Grizzlies on Sunday. The Grizzlies are the hunted, and they’re already reeling from Friday’s overtime loss to the Portland Trail Blazers; the Rip City outlet needs a win over the Celtics and/or some help to maintain their hold on the 9-seed.

The Phoenix Suns are also here. They will end the weekend against the Dallas Mavericks.

New NBA predictions: How the Pels’ problems shake up the playoff race

The restart games have already changed the play-in and playoff odds in the East and West.