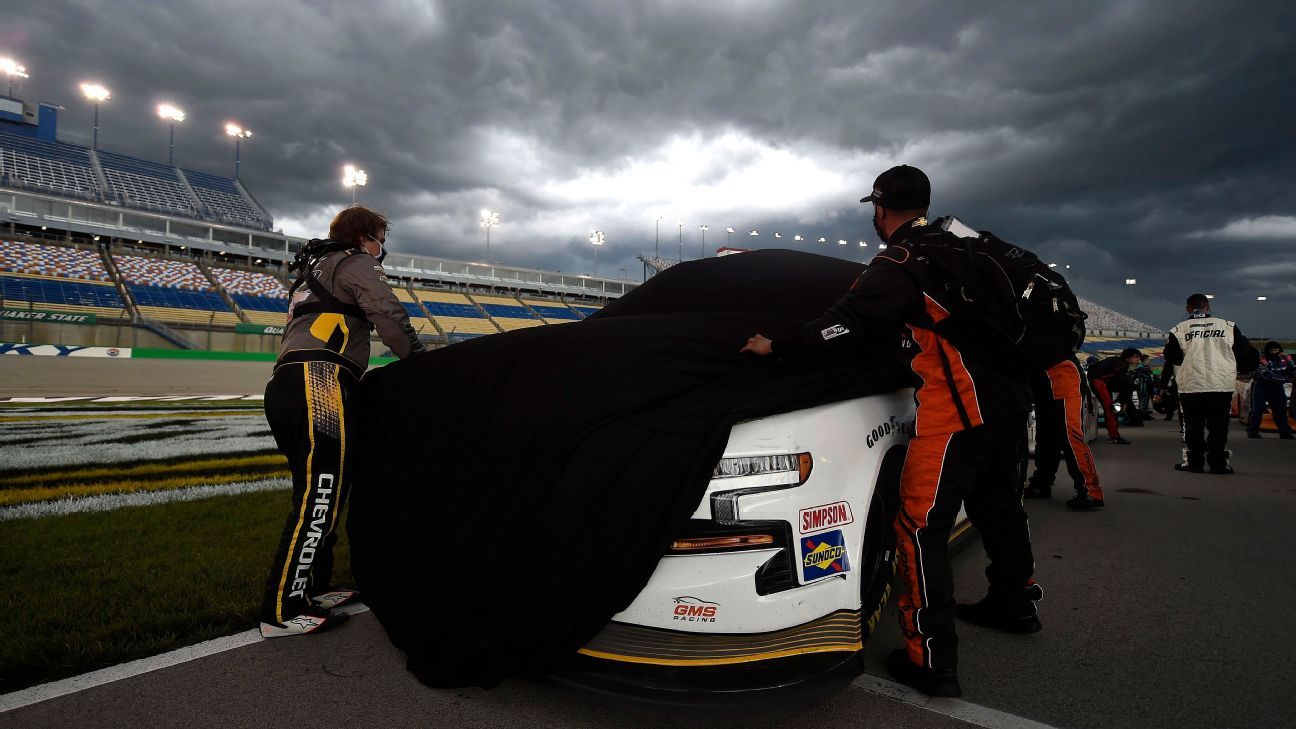 Creed won for the first time in the series, taking the second stage just before the thunderstorm hit the track.

Creed started second in the No. 2 GMS Racing Chevrolet and was third in the first stage before dipping low past a group of trucks on the Lap 52 restart. He then battled Kentucky native Ben Rhodes for the lead and took control for good, taking the checkered flag just as dark clouds approached over Turn 4 of the 1.5-mile oval.

Rhodes, the race winner two years ago, 2015 winner Matt Crafton and Johnny Sauter were next in Fords. Austin Hill was fifth in a Toyota.

Rookie Zane Smith started the scheduled 150-lap event second beside Brett Moffitt and hung with him before taking the lead at Lap 26 for the Stage 1 win. Creed took the second stage to make the scheduled 225-mile event official at 71 laps, just moments before NASCAR put the race on hold with lighting spotted nearby.