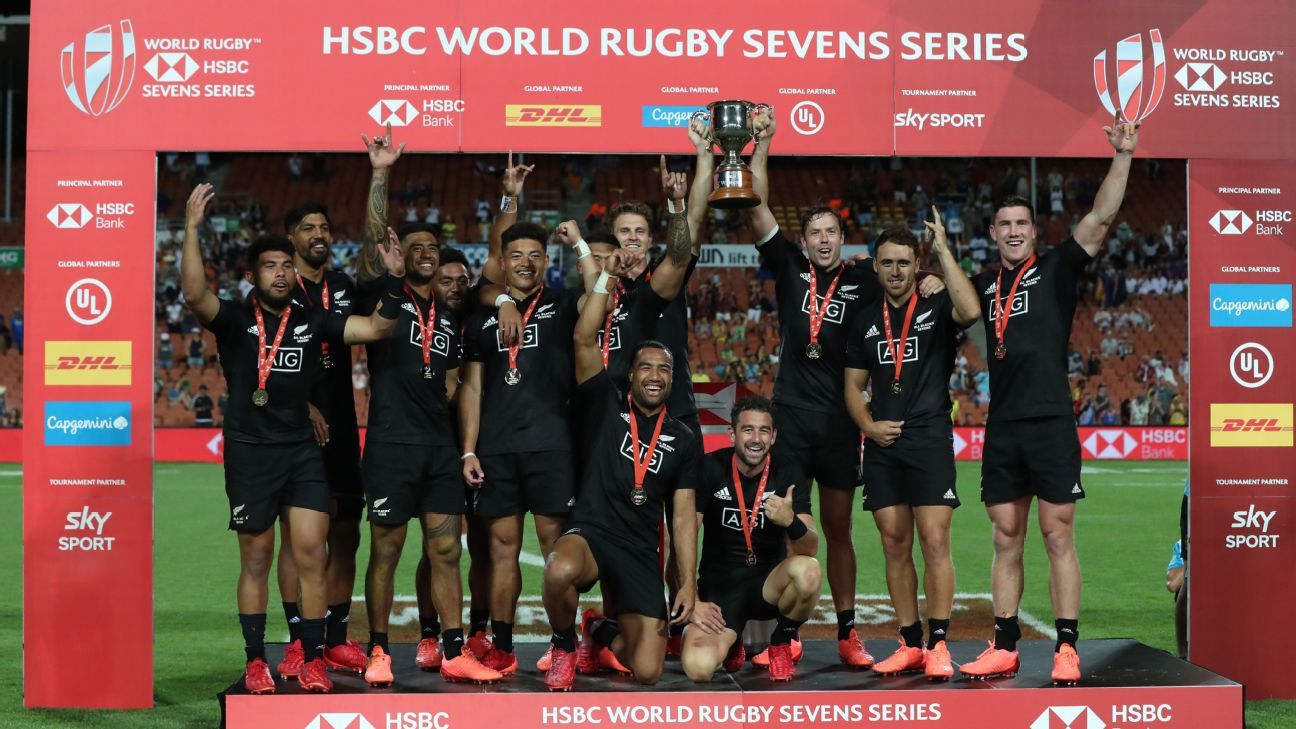 New Zealand were awarded the men’s and women’s World Sevens Series titles on Tuesday after World Rugby cancelled the remainder of the season because of the coronavirus outbreak.

Tournaments in London, Paris, Singapore and Hong Kong were cancelled on the men’s tour, while the women’s circuit lost rounds in the United States, Paris and Hong Kong.

“While it is very disappointing for players, fans, organisers and everyone involved … the health and wellbeing of the rugby community and wider society remains the number one priority,” World Rugby chairman Bill Beaumont said in a statement.

“These difficult decisions have been taken following detailed consultation with our union partners and in line with advice from the various government and public health agencies around the world.”

The men’s team claim a 13th title after winning three of the six rounds that were completed before the spread of the coronavirus forced the suspension of all major sport around the world.

The Black Ferns women’s team had looked well on their way to a second successive title, and a sixth in eight years of the circuit, with four tournament triumphs in five rounds before the coronavirus shutdown.

Australia, who will defend their Olympic title in Tokyo next year, were second with Canada taking third place.

There will be no finals for the new second-tier Challenger series this year, World Rugby said, and therefore no promotion to, or relegation from, the top tiers.

“As a result of these amendments, seedings for the Tokyo Olympic Games will be adapted to include results from the 2021 Series to ensure they provide the most robust and accurate representation of current form,” World Rugby said.