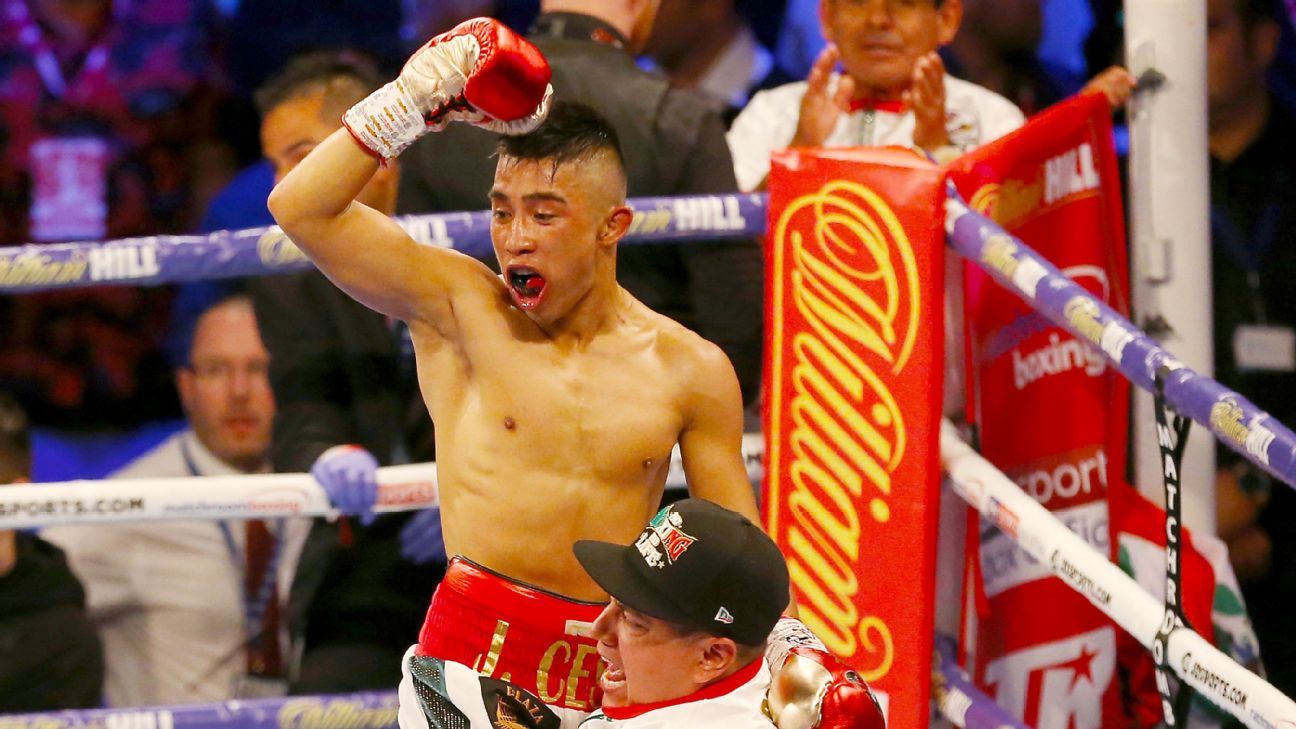 WBC flyweight champion Julio Cesar Martinez will be defending his title against top-rated McWilliams Arroyo on Aug. 15 in Tulsa, Oklahoma.

The 25-year-old Martinez (16-1-1, 12 KOs) is an aggressive, hard-hitting fighter who won the vacant title in December by wearing down Cristofer Rosales in nine rounds. Martinez went on to outpoint Jay Harris over 12 rounds Feb. 29. Martinez is ranked third in the 112-pound division by ESPN.

“I am so happy to be back in the ring again, and I promise you another war on Aug. 15,” Martinez said. “With the unification fights ahead of me, it is important to take care of my mandatory challengers and I expect a tough fight with Arroyo. I believe 2020 and 2021 will see me unify and become undisputed, and I can’t wait to put a smile back on boxing fans’ faces.”

In Arroyo (20-4, 15 KOs) he’s facing a seasoned veteran who will be making his third attempt at winning a world title.

“I am very happy with this opportunity that my promoters Miguel Cotto Promotions, H2 Entertainment and Golden Boy Promotions have given me since I am ranked No. 1 in the WBC and I am following my dream of becoming a world champion,” said Arroyo.

“I think Julio Cesar Martinez is a great champion. The fans will see a fight full of action due to the styles of both of us. It is very good for boxing Puerto Rico vs. Mexico and I am eager to take the belt,” he added.

Braekhus-McCaskill was originally scheduled for late April before that card was canceled due to the coronavirus pandemic.

“Finally we have a new fight date and I cannot wait to return to battle,” said Brækhus. “It’s been an extended camp in Big Bear with my new trainer Abel Sanchez and I’m very excited to defend my world titles against Jessica on August 15. I know how tough of a fight this is and will be well prepared for victory.

This card which will be broadcast on DAZN, still has not finalized a venue as of yet.

Will Dak Prescott be with Cowboys for the long haul? Answer is near
Los Alamitos on probation after horse deaths
Happy birthday Zion: Williamson is already racking up NBA accomplishments
Is Teofimo Lopez Jr. ready to face Vasiliy Lomachenko? And can he win?
As concern rises, Power 5 leaders await late July