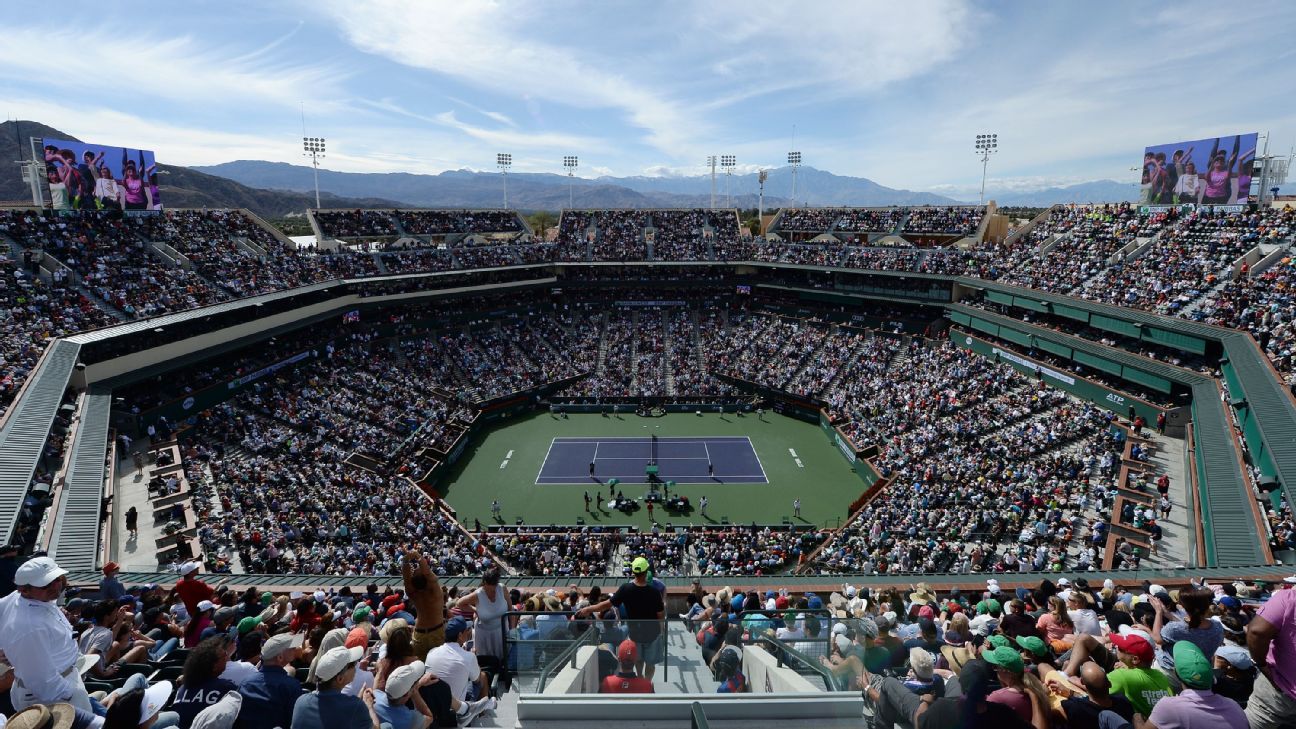 Although United States Tennis Association CEO and executive director Mike Dowse said last week that the US Open could conceivably be played in November in the California desert at Indian Wells, that is just one of several options the USTA is contemplating in its effort to host the final Grand Slam event of the year amid the coronavirus pandemic.

The governing body of American tennis still is committed first and foremost to staging the event at its traditional venue, the Billie Jean King National Center in Flushing Meadows, New York.

“Every scenario is on the table,” Chris Widmaier, the USTA’s head of communications, told ESPN. “Playing without fans at the traditional site, moving the event, we are modeling different scenarios but our desire is to have the tournament in its scheduled time slot at the National Tennis Center.”

Many people in tennis say a US Open played at its customary venue — with whatever safety precautions city and state officials mandate — could give New York, so devastated by the pandemic, a welcomed boost of morale and signal a tentative return to a semblance of normalcy.

John Tobias, whose GSEworldwide management firm represents, among others, Sloane Stephens and the Bryan brothers, told ESPN: “If the USTA finds a way to pull off the tournament, even if it’s with a reduced draw on just a few courts, and without doubles (because of social distancing restrictions), it would be one of the most-watched sporting events of all time.”

The USTA is well aware of the potential impact it will have if it becomes the first major event to be played since both tours went dark in mid-March, in New York, the epicenter of the coronavirus. Indian Wells was the first tournament to cancel because of the pandemic, but subsequent tournaments, including Wimbledon, toppled like dominos as the coronavirus swept Europe and the United States.

The Indian Wells Tennis Garden, site of a combined (ATP and WTA) megatournament, ranks second only to grand slam events in terms of attendance, prestige and infrastructure, The centerpiece of the capacious grounds is the dedicated 16,000-seat stadium. Only Arthur Ashe Stadium at the National Tennis Center is larger.

Holding the US Open in the Coachella Valley could generate significant revenue for the USTA if state and local shelter-in-place restrictions are lifted. New York remains locked down for the foreseeable future, which has contributed to speculation that the USTA might move its flagship tournament west.

Dowse has said that the US Open could be held in its familiar, late August time slot in New York, but without fans. He told Inside Tennis last week: “No formal decision has been made about Indian Wells. Whatever we do, we’ll have to do it in alignment with the owners of Indian Wells, and the ATP and the WTA.”